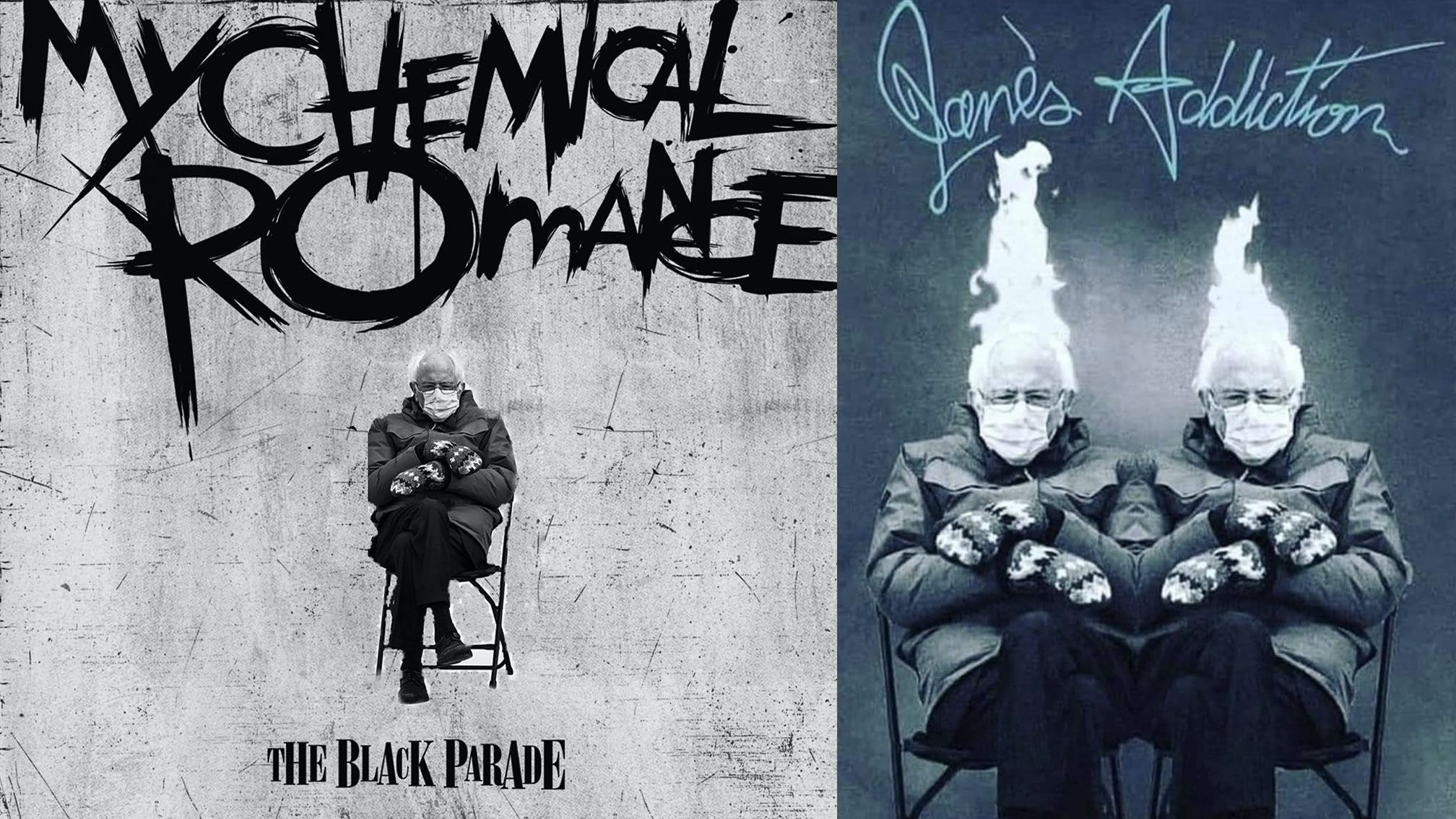 The week surrounding Joe Biden becoming president has been a fascinating and entertaining one – from performances by Foo Fighters and Fall Out Boy, to rock stars bidding farewell to Donald Trump. But few things have been as enjoyable as the internet's reaction to Bernie Sanders sat in the cold at the inauguration ceremony.

Naturally, as well as memes of the politician photoshopped into iconic movie scenes and historical moments, rock and metal fans have been cleverly adding a wrapped-up Bernie into classic rock and metal album covers through the years – from My Chemical Romance's The Black Parade to Metallica's Ride The Lightning and Nirvana's Nevermind. (In particular @theberniealbums on Instagram has been doing a fine job of representing Bernie on a wealth of different records across all genres.)

Happily, too, the senator has taken it all in his stride, telling a reporter for CNN that all this online attention "makes people aware that we make good mittens in Vermont", adding that they also "have some good coats".

Check out a rather extensive collection of our favourite Bernie appearances on many classic rock and metal albums below:

Spare a thought for poor Neck Deep, though…