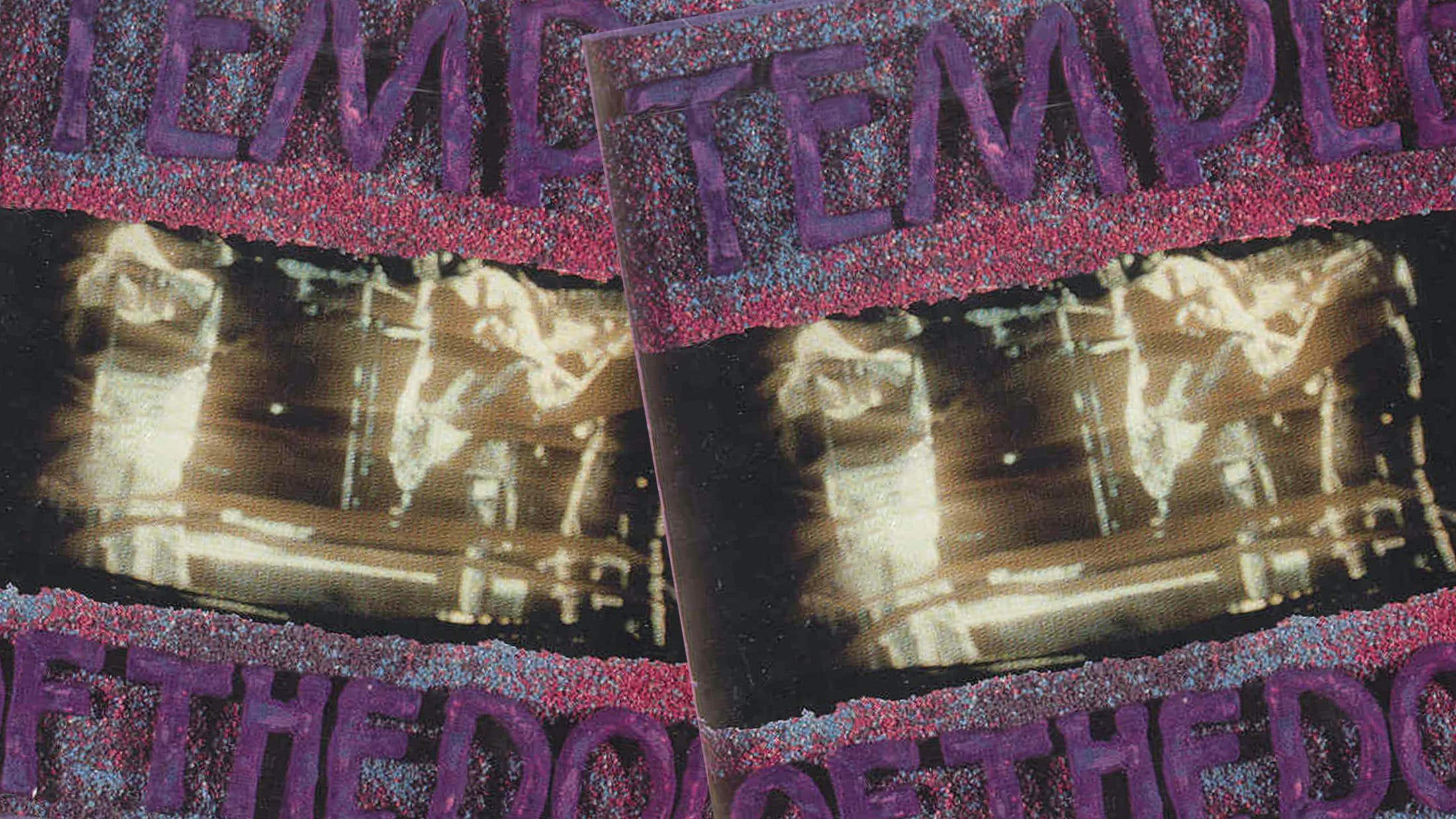 ‘I never wanted to write these words down for you, with the pages of phrases of all the things we’ll never do.’ The words remained unchanged, yet they couldn’t help but feel different as they echoed around the Los Angeles Forum at the I Am The Highway: A Tribute To Chris Cornell concert in January 2019. This had little to do with the fact that it was Miley Cyrus singing them, and rather everything to do with the person who wasn’t.

These lyrics from Say Hello 2 Heaven – the first song on Temple Of The Dog’s only album – were conceived by Chris Cornell to process the death of one specific person, yet that night they seemed to carry the combined emotional weight of two. But more on that later.

Thirty years on from its release, the story of how members of Mother Love Bone / Pearl Jam and Soundgarden united as Temple Of The Dog remains one of the most powerful in rock’s storied history.

The LP’s liner notes made it sound like a breeze: “Recorded weekends at London Bridge Studios, Seattle, WA, Nov – Dec 1990.” Within that short span of time, however, the group that recorded it would confront the spectre of death and emerge reborn.

The Temple Of The Dog narrative will never be rendered more succinctly than bassist Jeff Ament’s handwritten notes in the album’s inlay. Line by line, Jeff’s relays it sparsely, poetically and sometimes even mathematically.

First, he noted in a string of clipped sentences, there was “Green River + Soundgarden” – “’80s Seattle bands making huge sounds”. He then described how both shared a friend in the form of “musician/entertainer Freddie prodigy Andrew Wood, who lived with Chris, worked with Jeff + played an occasional acoustic set with Stone [Gossard]”. Later on he noted how, “Green River broke up + Andrew joined Stone + Jeff… Mother Love Bone.”

That new band, led by frontman/charisma-made-flesh Andy Wood, were destined for huge things. And then, less than a month before their debut album was due to hit shelves…

“We all lost our beautiful friend, Andrew,” wrote Jeff.

On March 19, 1990, Andy Wood died as a result of a heroin overdose, aged 24. He was kept on life-support long enough for his family and friends to say goodbye. In Pearl Jam’s 20th anniversary documentary film PJ20, Jeff relayed the horror of what they had encountered.

“Whenever people would start to get into drugs after that, I wished I had a picture to show them of Andy when he was in the hospital, because it was so horrible,” he said.

“It’s difficult to articulate it,” added Chris Cornell in the same film. “To see him hooked up to a machine… That was the death of the innocence of the scene. It wasn’t later when people surmised that Kurt [Cobain] blowing his head off was the end of the innocence. It was that. It was walking into that room.”

Everyone dealt with the trauma in their own way. For Mother Love Bone’s bereaved alumni, there was the inconceivable loss coupled, eventually, with the very real prospect that that their lives making music were over.

Around the same time, however, Chris – as mired in grief as he was – wrote two songs about his flatmate: Say Hello 2 Heaven and Reach Down. In the first he spoke to Andy directly – a beautiful song that fell somewhere between a eulogy and a personal letter to his fallen friend. The latter almost served as a fever dream or apparition of Andy, deftly conveying his legendary ability to treat even the smallest show like he was playing Wembley in order to win crowds over.

Chris took those songs to Jeff and Stone. As Jeff’s footnote continued: “Life moves on. We jammed.”

Soon a new band was born: Chris and his fellow Soundgarden drummer Matt Cameron united with Jeff and Stone, who were also in the process of forming Mookie Blaylock (who would eventually go by the name of Pearl Jam) with guitarist Mike McCready. Also in the group’s orbit was Mookie Blaylock’s new singer, freshly plucked from a life spent surfing waves off the coast of San Diego: Eddie Vedder.

Temple Of The Dog’s first rehearsals took place at Seattle’s magnificently titled Galleria Potatohead Gallery. Initially built around Chris’ two elegiac songs, the band was conceived as both an exercise in rehabilitation through music, and a tribute to their late peer – even lifting their name from the opening words of Andy Wood’s lyrics on Mother Love Bone’s Man Of Golden Words: ‘I want to show you something like joy inside my heart, seems I been living in the temple of the dog.’

While only the two aforementioned Chris songs were explicit in addressing Andy’s passing, the themes of loss and trauma coloured all of the material in one way or another.

Much of what happened in the Temple Of The Dog sessions has passed into rock legend. There’s the story of Eddie Vedder sitting quietly in the corner with his notebook waiting for Mookie Blaylock sessions to resume as Chris Cornell sang Hunger Strike. The two had only just met, yet Eddie – at the time a deeply shy inductee to Seattle’s scene – still possessed the necessary confidence to walk over to Chris uninvited and sing the deeper register sections of the song, freeing Chris up to tackle the high parts. Hunger Strike would go on to become the first song on which Eddie was properly recorded in a studio.

In the PJ20 film, Stone reflected on how he felt hearing his fledgling vocalist duet with Chris – by then already an accomplished artist.

“And then you hear it and it’s like, ‘Wow, our guy sings really fucking good, too!’” he recalled.

Then there was Mike, who performed an extended solo at Chris’ behest during Reach Down. It’s an eyes-rolled-up-white-in-the-back-of-the-head kind of moment: he played until his headphones fell off and then carried on wailing away anyway. In the PJ20 book, Mike said it was “super sloppy”. The rest of the world, however, heard a guitarist playing out of his mind, body and soul.

That Temple Of The Dog was critical to the development of Pearl Jam goes without saying: both bands came to life at the same time, with PJ’s blockbuster debut Ten and TOTD recorded by Rick Parashar at London Bridge Studios. What’s more, one particular Stone Gossard music demo became both Times Of Trouble by TOTD and Footsteps by Pearl Jam – with both Chris and Eddie writing lyrics to the same music separately.

Jeff’s summation of the emotional odyssey Temple Of The Dog’s members went through during the making of the record goes as follows: “10 songs. Spontaneous creation. Emotion. Very pleasing. Real music. No analyzing. No pressure. No hype. Just music to make music. Friends and a reason. Chemistry. Beauty. Life rules!”

Released on April 16, 1991, Temple Of The Dog received praise in reviews but made scant commercial impact. It would have been an injustice for the ages had it not gone on to become a sleeper hit. With grunge ascendant in the wake of Nevermind, Ten and Badmotorfinger’s success, in 1992 channels finally cottoned on to the fact that they were sitting on an old music video for Hunger Strike that featured two of the hottest bands in the world playing together.

The assorted members of Temple Of The Dog would, of course, go on to record some of the most acclaimed albums of the ’90s and ’00s, yet it retains, for its creators, a special meaning.

“It’s as good as anything we’ve done since,” Stone reflected to Rolling Stone’s David Fricke in Temple Of The Dog’s 25th anniversary reissue. It’s hard to argue with that assessment. In both its themes and staggering musicality, it should have been an album far beyond the reach of men of such a young age. While it is rightly exalted and revered, it is more accurately an album that deserves to be mentioned in the same breath as any of the most hallowed records of any era in rock.

Its enduring quality was only reaffirmed when the band reformed for shows in 2016 for its 25th anniversary. To hear them play Say Hello 2 Heaven, Reach Down, Hunger Strike or the wounded strains of Call Me A Dog and Times Of Trouble was all the proof required that these songs had been enriched by the passage of time and the ability of its creators to perform them. This only makes the loss of Chris Cornell harder to process. “I think we’re all still trying to understand the whys and hows,” Jeff Ament told Kerrang! in 2018. “We just miss him.”

“The shows were so beautiful,” he reflected. “I think everybody was playing at such a high level – a level we wouldn’t have been able to play at when we made that record.” There was just something so positive and, not to use the word over and over again, but beautiful [about those shows], it makes it even harder to think that we’ll never do it again.”

When the singer joined Pearl Jam onstage at their 20th anniversary show at Alpine Valley in September 2011, they conducted a mini Temple Of The Dog set. That night he spoke of what the album meant to him. “It was a turning point in my life, and I think everybody’s lives when we lost him,” he said before the band started Say Hello 2 Heaven. “This one is for him, for him always. Andy. This is for you.”

Temple Of The Dog was for Andy. It always will be. Speaking to David Fricke for the 25th anniversary edition, however, Chris did note that over time the song had changed. “I get a lot of requests from people, to play the song in tribute to someone else that passed away,” he said. “It’s awkward, because it is so specifically about Andy. But that is the greatest thing about being a songwriter. Your song has its own life. It will go through metamorphoses that you cannot control, no matter what. I think that’s amazing.”

There is, indeed, a sharp stab of sadness in all of this; the way in which the words that once held Chris aloft during his grief now seem to resonate with the tragedy of his own death. But that’s not the whole story of what it is to listen to the album now.

This particular Temple is not just a site of mourning; it’s a place of worship.