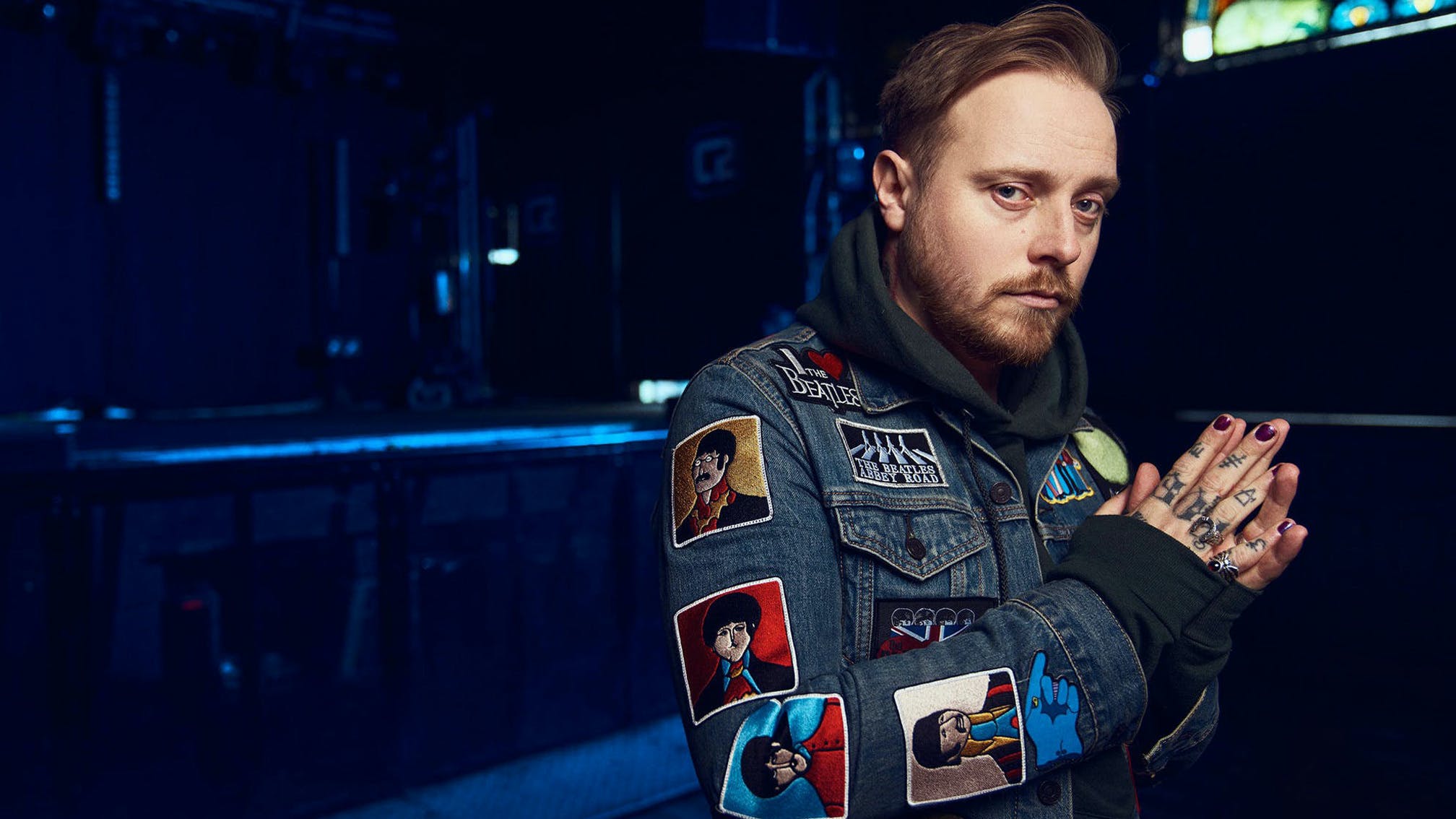 From their humble beginnings as a promising young metalcore outfit, Architects have now established themselves as one of the UK’s premier live bands. Festival main stage regulars and, thanks to incredible ninth LP For Those That Wish To Exist, album chart toppers, they’ve become heroes of the British metal scene.

It’s been a hell of a journey, most of it with live memories attached to it. Warped Tour? Done it, loads. Alexandra Palace? Outgrown it. The Royal Albert Hall? Completed it, mate. To chart their success is to look at their still-growing shows. Sam Carter explores their rise…

2007My first show with Architects

“I joined Architects when they were on a headline tour for their first album, [2006’s] Nightmares. The original singer [Matt Johnson] announced he was leaving but was staying for this final tour, and I think it was Dan’s [Searle, drums] idea for me to come out and sing for the last song. This was pre-social media, so we saw it as a good opportunity to introduce me to the fans. I believe the show was in Oxford, and it was a big deal to us because we knew Kerrang! were going to be there. It was such an exciting experience because it was all I’d ever dreamed of.”

“At the time, it felt so crazy that we got to headline that room – it felt like a properly big deal. I remember that show really well, from the chat I had with the boys backstage before we went on, to the stage set-up we had and the songs we played. The sound at the Underworld is great, and the people who work there are the best. Fans come from all over because it’s in Camden which is relatively easy to get to. I remember selling that out was a big moment for us.”

“We went to the U.S. before [third album] Hollow Crown came out, and it’s something some people say came too soon… and I’m one of them! It was brutal. We were supporting Suicide Silence and we met our friends in Stray From The Path on that tour, but that aside it was really rough. People in America did not want to see a young Architects at all. There was one show where we started playing and the crowd literally turned their backs on us. Plus, we didn’t have a pot to piss in and lost a load of money, which sucked.”

2008Our first time on Warped Tour

“We’d played in the U.S. a few times at this point, but it just wasn’t connecting. It felt like we’d do a UK tour that would go great, make some money, and then throw it all away trying to crack America. Our first Warped Tour, though, was one of the best summers of my life – it was basically just a case of playing a show and having a barbecue every day! It felt like an important thing for the band to be doing, even though for some of the shows we played to barely anyone. It was the kick up the arse we needed.”

2009Our first time in Australia

“Everyone in Australia has always been so kind and open to us. The first time we went over there, in 2009, we were opening for Parkway Drive and August Burns Red, and it was in front of 6,000 people! I was blown away by the fact that three metalcore bands could attract that kind of crowd. Ultimately, we’ve worked really hard over there and played a lot of shows, and getting to the point where we’re headlining 5,000-cap rooms by ourselves is mind-boggling. Show-wise, everything is done so well in Australia, and we love it.”

2011Our first time on a festival main stage

“On [2011’s] The Here And Now cycle we opened the Reading & Leeds Main Stage. The rain was torrential, which made the show pretty brutal, and I remember being a bit underwhelmed with it because we’d built it up as such a big thing for the band. A funny thing about that festival was the fact that My Chemical Romance were headlining, having recently toured with an American band called Architects, and when they headlined they actually gave a shout-out to “their friends in Architects” who’d played earlier. That was funny, because Gerard Way clearly hadn’t got up early that day to watch the opening bands!”

2016Our first show without Tom Searle

“That was a weird one – I think it was a month or so after his funeral. It was a case of us all being like, ‘What do we do?’ We could have stayed at home and be fucked by the situation, or gone on tour and be fucked by it there, but at least we’d be surrounded by our friends, and that sounded better. We were all so emotional at that time, but we had the guys in Bring Me The Horizon out there with us, who we’re really close to, which helped massively. Playing those first shows without Tom in Australia was a really important step for the band, and proof that we could carry on.”

“Walking out and saying, ‘Hello Wembley!’ felt utterly mental! That is not a normal thing for a metalcore band, and it felt really special. One thing I always do when we play these significant venues is look up all the other bands who’ve played there, and it’s mind-blowing to be in that company. Wembley should be reserved for bands like Black Sabbath, not little old Architects!”

2020Our livestream at the Royal Albert Hall

“This is another incredibly iconic venue. The Beatles, The Kinks, Dylan, Hendrix… all these legends have done it. The thought behind playing there during lockdown was basically that if we were going to do a livestream, we may as well go and make it something special, because people are paying good money to support us in doing it. It was an exciting time, because our latest album For Those That Wish To Exist had just been announced, and the lead single Animals had been released, so it felt brilliant to debut some new material in such a surreal setting.”

2021Performing with an orchestra at Abbey Road Studios

“The idea for this latest livestream came about from a conversation with Dan about what we could do to follow up the Albert Hall experience. It was tricky to put it together, because we had to work out how many musicians we were allowed to have in there with all the restrictions, and we were really intimidated by how amazing all these members of the orchestra were. They all just came in and absolutely nailed it. It felt really powerful for us to be playing with all these people, and, more than anything, the Abbey Road performance just felt like a true step up for Architects.”

This article was originally printed in December’s live music special magazine. Architects are on tour from May 2.