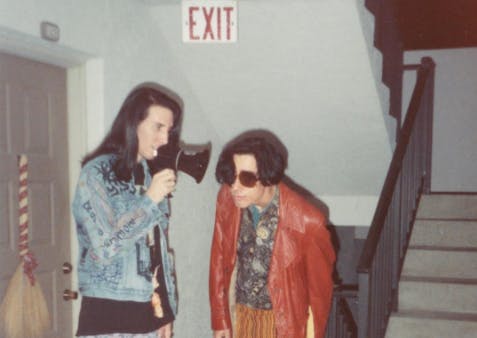 The 49-year-old found out he had cancer when he had a colonoscopy in 2013 after nearly six years of undiagnosed abdomen pains, some of which were unpleasant enough to land him in hospital.

Putesky performed on the Portrait of An American Family and Smells Like Children albums before leaving the band in 1996 over creative differences during the sessions for what would eventually become the Antichrist Superstar LP. He went on to join Jack Off Jill, Godhead and started his own band, Three Ton Gate.

Marilyn Manson himself posted a tribute on his Instagram together with a great early 90s photo of the pair hanging out, in which Scott is seen wearing a very fetching 70s suit. It read:

Scott Putesky and I made great music together. We had our differences over the years, but I will always remember the good times more. Everyone should listen to “Man That You Fear” in his honor. That was our favorite.

You heard the man:

Our thoughts are with Scott's family, friends and bandmates.