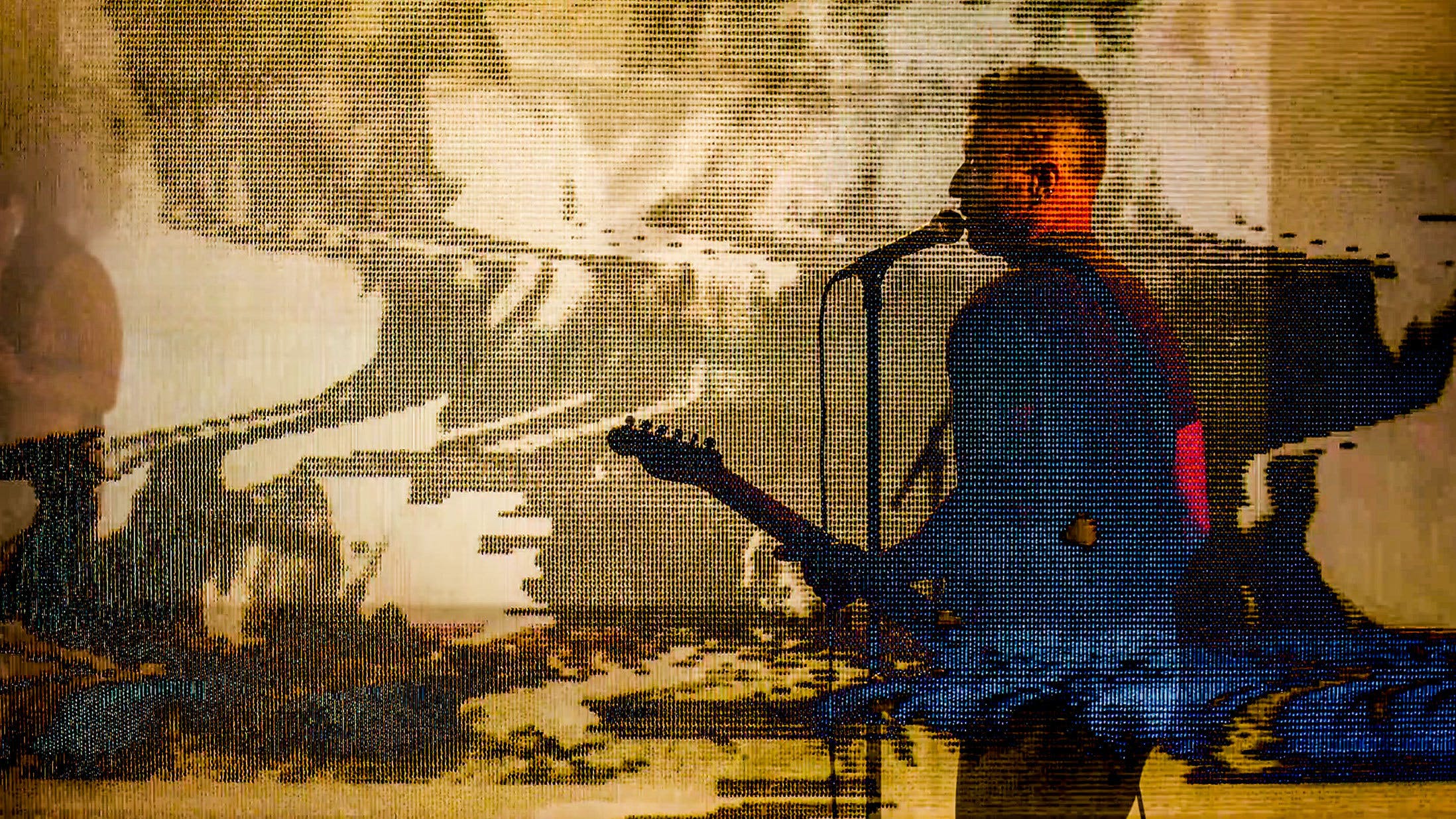 When Greg Puciato announced his 'live online event', we were half expecting him to leap though the screen like Sadako from The Ring. And, in fairness, that's essentially what happens with Fuck Content: an explosive hour-and-a-half performance that includes four brand-new songs alongside cuts from this winter's solo album Child Soldier: Creator Of God.

Greg, along with Federal Prisoner visual artist Jesse Draxler, and collaborators Jim Louvau and Tony Aguilera, have made the effort to do things properly – and it shows. After the leaked release of Child Soldier in October, seeing songs like Fire For Water and Down When I'm Not feels like a victory, especially as we're currently without any actual live dates.

A ten-minute countdown sets the visual tone – Jesse's clock like a worn-out videotape – and when the music begins it's not with a bang, but with the gentle Heaven Of Stone. Greg appears with guitarist Nick Rowe, perched on tall stools for a fleeting minute-and-a-half that's as intimate as eye contact in a café. It creates an immediate connection before a wave of visual interference brings us into a darker studio with the full band.

When Greg and Nick are joined by Poison The Well drummer Chris Hornbrook and bassist Jeff Geisser, it's clear just how free post-Dillinger Greg has become. Black Queen-style synths and beats now drift seamlessly towards a searing wall of rising feedback, the intensity of which pushes the song towards a breaking point of pure, glistening catharsis.

From here, it's surprise after surprise. New track Absence As A Presence swells with doomy ambience and Crowbar levels of dread, while Don't Wanna Deal, is a punkier, groovier beast, closer to what Greg does with Max Cavalera and Troy Sanders in Killer Be Killed. The lyrics confirm the mission-critical immediacy and sense of purpose. "Keep dancing when we're tired," Greg sings. "I don't wanna deal, but I won't stop trying – and I won't slow down."

This all furthers the point that time and again Greg seems to succeed with the artist's task of responding, creatively and positively, to whatever the circumstances happen to be. If bracketing off part of this creative continuum means that four new songs are part of a video release, then so be it. He holds nothing back. Fireflies shows the smoother and more delicate side of his outpouring, while Roach Hiss has the same borderline nastiness of Malpractice-era Faith No More.

What initially felt like a scattershot offering of songs in the form of a solo album has actually revealed itself to be a unified and uplifting experience in video form. It's as thrilling as any VHS you've ever owned; as exciting as the first time you saw Nirvana's Live! Tonight! Sold Out!! or tracked down a bootleg tape of an impossible-to-reach show. That it finishes with another new track, Lying At The Bottom Of The Sky, shows Greg's essential optimism and excitement: we will hear these songs live, some day, in a new year, a new world.