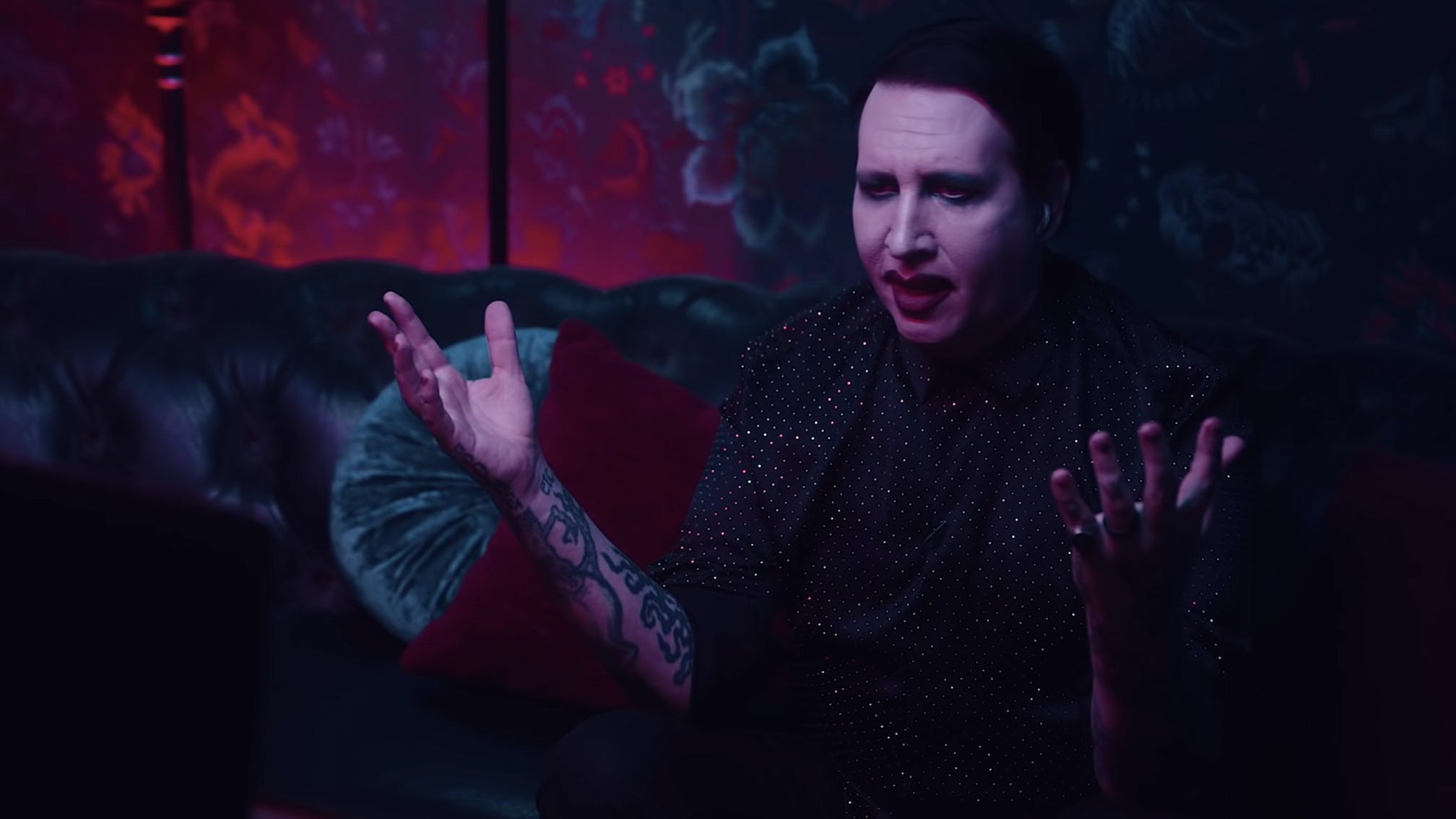 In a new interview with Zane Lowe on Apple Music, Marilyn Manson reflected on his 2017 onstage accident, the recovery process, and why he's stopped taking painkillers and drinking absinthe.

Remembering the moment a stage prop fell on him during a show at New York's Hammerstein Ballroom, he says, "I think that I was very lucky that it was about six inches from my skull. When it fell it was not secured and I grabbed onto this giant lighting rig essentially that had these two guns on it…"

The musician explains that he now has "10 titanium pins" in the affected leg, adding that he then had to do "a year and a half of rehab while on tour" afterwards.

Read this: 10 of the craziest rock star injuries of all time

"Then Dave Grohl and Axl Rose graciously offered their chairs [that they used onstage when they had leg injuries]," Manson continues. "I said no, and I found this electric wheelchair that rose up. And I tried to make it into part of the show and it was not a fun time at all. But it doesn't bother me now. It's actually more of a bionic leg and it doesn't go off at airports either, which is strange. If anyone's heavy metal it's my leg, it's full heavy metal.

Detailing the recovery process, he says that he didn't take painkillers after the initial operation.

"…I had taken them in the past which increased it to recreational use I didn't want to fall prey to that," he says. "So I just didn't do it. I mean it hurts, but once your pain receptors in your brain, it changes the way you think all your cortisol, the dopamine, everything in your brain it changes. So it does give you a different perspective. I am by no means a model of sobriety – he says as he reaches for his drink. It wasn't a struggle like for me where I don't get triggered like, 'Oh, I want to do painkillers or something like that again.' It's just it clouds your brain."

Manson adds that it was the exact same reason he also stopped drinking absinthe: "It clouds the frontal lobe. A lot of people find it to be artistically enhancing, but also it bends your brain a bit sometimes in a bad way. Where you are convinced that what you're doing is really great when it's just the drug telling you that. That's what I realised a while back."

Read this: Album review: Marilyn Manson – WE ARE CHAOS