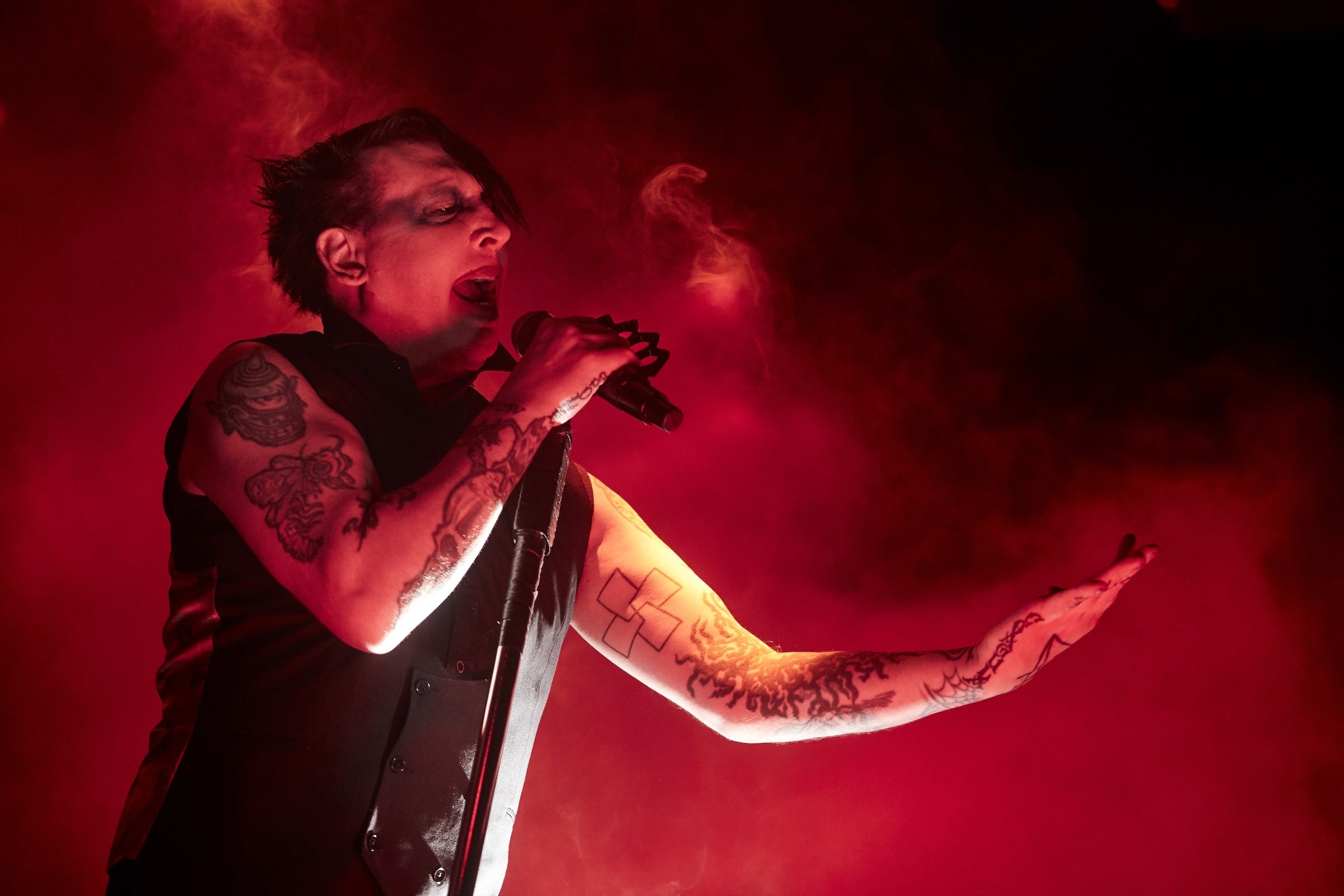 It's actually a little surprising that Marilyn Manson hasn't at some point gotten hard into Viking mythology. The shock rocker has changed his perspective on the world regularly throughout his career, adopting identities ranging from spooky kid to hood goth. But now, the god of fuck will pay homage to Odin as he portrays the role of a Viking death metal vocalist in the latest season of Starz's American Gods.

According to Deadline, Manson "will play blood-thirsty Johan Wengren, lead singer of the Viking death metal band Blood Death -- well within the shock rocker’s wheelhouse. Wengren and Blood Death are also a source of power for the Ian McShane-portrayed Mr. Wednesday in his war with the New Gods."

For those unfamiliar with the show, American Gods' Mr. Wednesday is in fact the Viking god Odin (the word 'Wednesday' comes from 'Wotan's day,' hence the funky spelling). The show, based on the novel by Neil Gaiman, follows the trials and tribulations of ancient gods in a world that has begun worshipping concepts like credit cards and freeways.

READ THIS: Marilyn Manson will star in upcoming HBO show The New Pope

According to American Gods showrunner Chic Eglee, "As a long-time admirer of his estimable talent as an author, artist, musician and actor, it is dope indeed to be working with Mr. Manson in Season 3 of American Gods."

2019 is looking to be a big year for Manson -- not only will he be branching out into Viking death metal, but he'll also be prepping his new album. In a recent interview, Marilyn described the record, calling it "the album that should be called Marilyn Manson...I’m in a mode in life where I wanted to tell stories with this record, and it’s sort of like a wax museum of my thoughts, a study of the chamber of horrors in my head. All the romance and hope you can have in the world, here in the End Times where it can be a different kind of apocalypse for each person listening to the record."