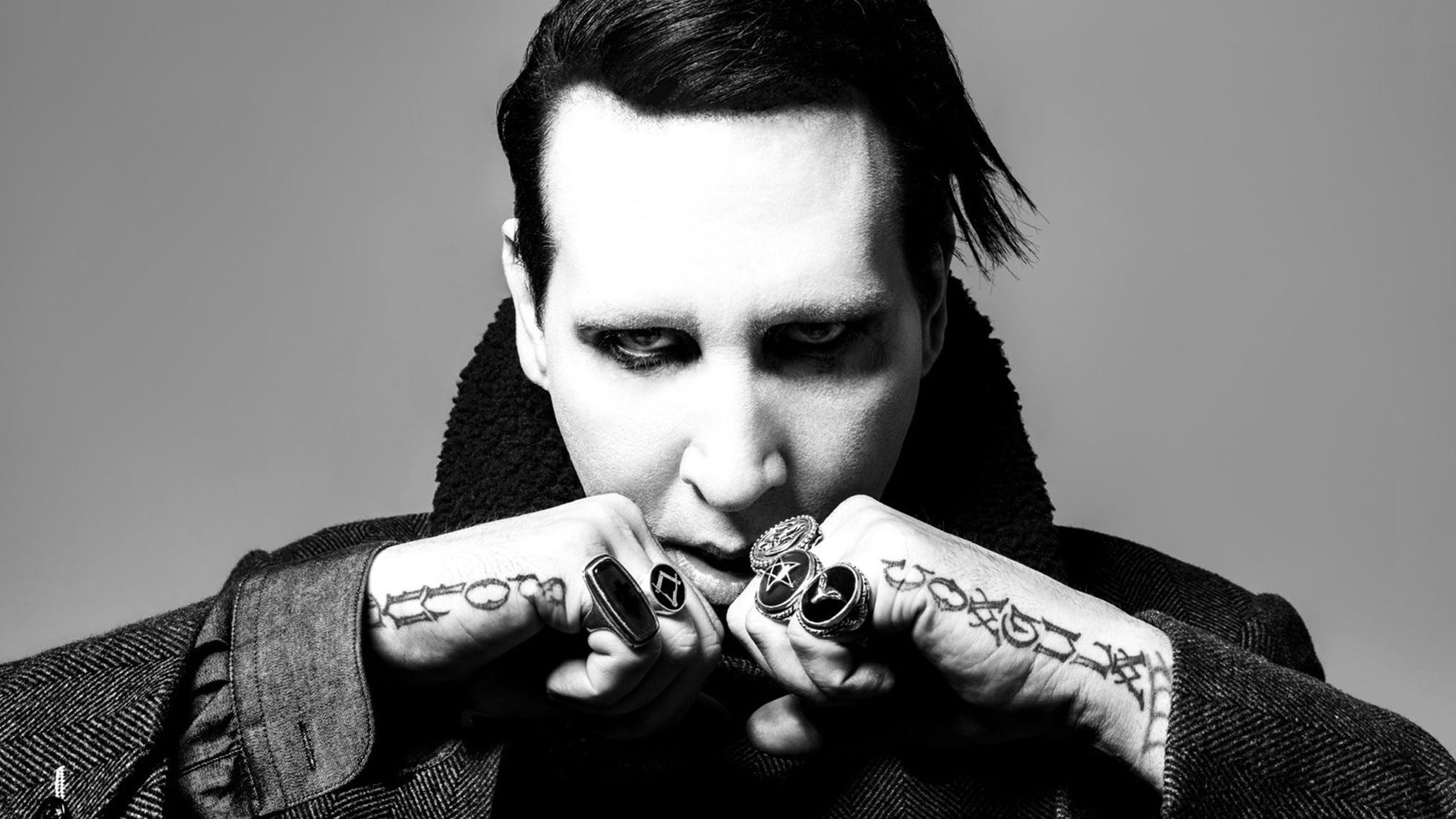 Giving yourself a nickname isn’t really allowed, but try telling that to the self-proclaimed God Of Fuck, Marilyn Manson.

He occupies an odd place in pop culture – millions of people who have never heard a note of his music have strong opinions about him, as he has spent a large part of his career representing everything a certain section of the population hate. These people are doing themselves a massive disservice. Imagine going through all the fuss of making a sign about how Marilyn Manson was evil and anyone who liked him would burn in hell, then traipsing it around yelling about what a disgrace everything was, without even taking the time to at least enjoy The Dope Show. It’s three minutes and forty-seven seconds long and you might enjoy it, you know?

Marilyn Manson – the dude, the band, the dude in the band, whatever – is ten wacky albums, a large box of wigs and a big packet of milky lenses into his career... but have you been paying enough attention to the lyrics?

If you can’t see the quiz below, please click here to play. Scroll down for answers.

How did you do? Here are answers to see where you might have tripped up…