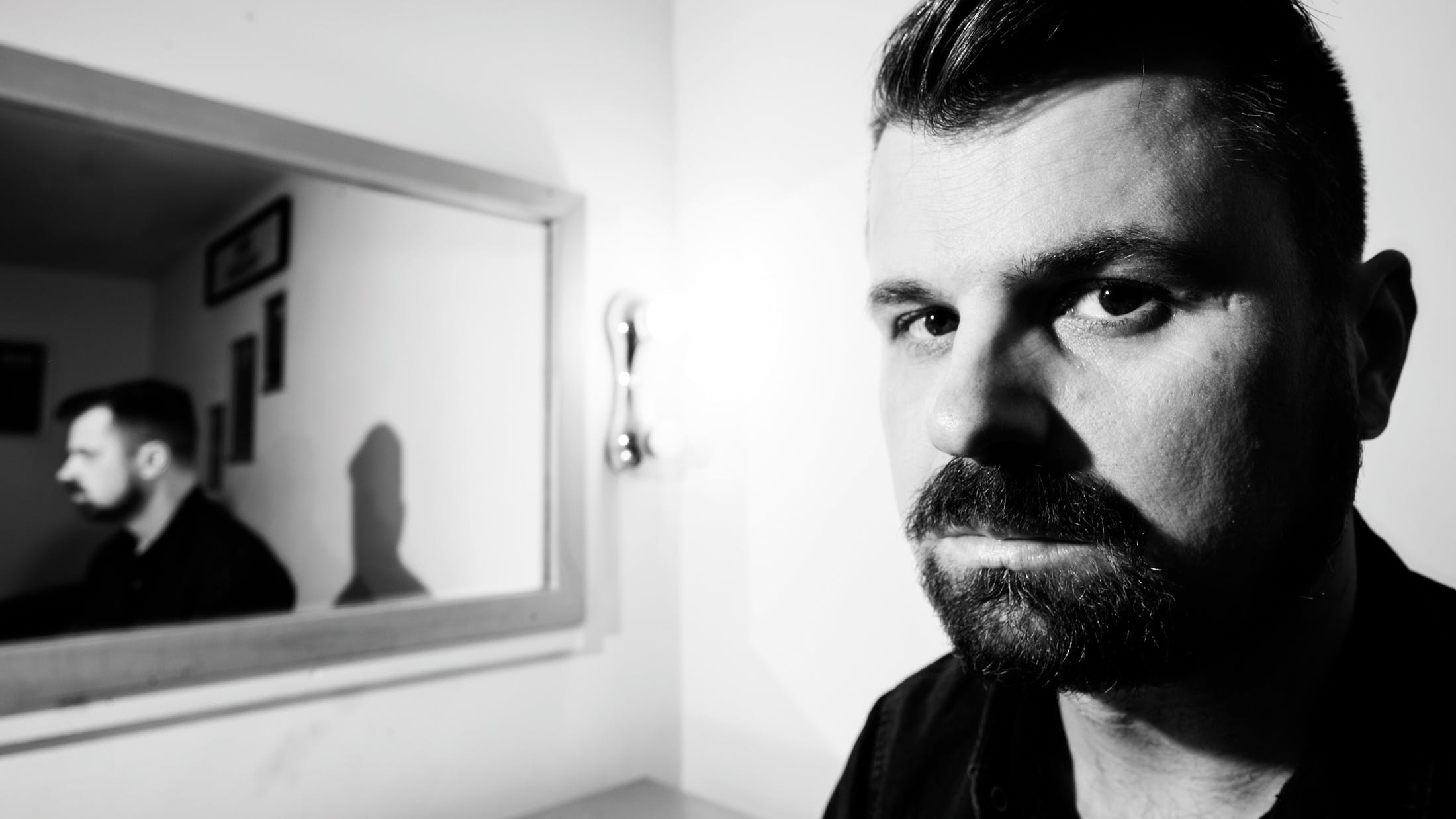 Shane Told has thought a lot about the front that lead singers sometimes put up. In recent years the frontman of emo pioneers Silverstein has interviewed over 200 of them for his podcast Lead Singer Syndrome. With a title inspired by the affliction that supposedly causes vocalists to become ego-driven prima donnas, the 39-year-old set out to test the depths of some of modern rock’s leading stars. With recent guests as diverse as Alice In Chains’ William DuVall and Steel Panther’s Michael Starr, these heart-to-hearts often get Shane thinking about his own position as the guy behind the microphone.

“So many singers, they aren’t singers first,” he says. “They’re guitar players or they’re drummers, but they happen to be the only guy in the room that can carry a tune. So they get charged with the task of becoming the lead singer. And nobody feels like they’re that good. A lot of people feel like a fraud – including myself! But when I’m onstage, I have to believe that I’m the best. I have to ooze confidence. When you talk to others, you realise that most people aren’t really that confident either.”

We're chatting to the singer at a pivotal moment in his career, having just released their ninth studio album, A Beautiful Place To Drown, and celebrating two decades of Silverstein this year. These are rare milestones, particularly for a band that have never really broken beyond their status as cult outsiders. But it hasn’t been a straightforward 20 years. At times, the singer folds his arms as tight as a straitjacket as he reflects on a career that has given him many proud moments but also threatened to swallow him whole, as he’s come to terms with self-sacrifice, a dysfunctional lifestyle and suppressed mental health struggles.

Shane admits that Silverstein – completed today by guitarists Josh Bradford and Paul Marc Rousseau, bassist Billy Hamilton and drummer Paul Koehler – probably wouldn’t have been anyone’s pick to make it this far. Named after American children’s author Shel Silverstein, the band initially started as a side-project to their other ska and hardcore outfits, but was soon swept up in the third-wave emo scene that would also power the rise of fellow introspective sorts like Thursday and The Used. Within a couple of years they were signed to Victory Records.

“At that point it was like, ‘Okay, we’ll take this seriously then,’” recalls Shane. “But I never thought in 20 years we’d still be doing it. I thought we’d do what all my favourite bands did: put out two records, break up, go back to school, get a real job and get married."

The band’s biggest splash arrived with second album Discovering The Waterfront in 2005. Filled with brash, emotive melodies and open-heart-surgery lyrics, it was a record that cracked the U.S. Billboard Chart’s top 40, shifting almost 200,000 copies within a year, and earned the band a spot on the Main Stage of Warped Tour the following summer. It’s a watermark that they have never quite bettered, but they’ve remained true to their post-hardcore foundations even when the emo noughties buzz began to fade.

Shane is frank about the band never quite being the hottest ticket in town, but believes they’ve built a core group of fans on their commitment and consistency. “We’ve always done well,” he says. “There have been waves where things have gone really great, and then other times when it’s been less than we expected. For the most part, we’ve done really well for 20 years and we’re just stoked that right now it’s as big as it’s ever been.”

But Silverstein’s zealous commitment to touring – the band have never taken a hiatus – has taken its toll. The singer remembers a trip around the UK in support of 2007’s Arrivals & Departures – a record that he describes as “a flop” – as one of the most miserable times that he’s had on tour, due in part to a fractious atmosphere that had settled over the group. It would also be the first time that he questioned his own mental health and sanity, and even contemplated flying home.

“I couldn’t believe that I was thinking those things, let alone being close to saying them to the band,” he says. “Then, basically, I fought back to my old former self and I was like, ‘Okay, I just have these many shows left’ and got through the tour. I don’t know if it’s a clinical thing to just be able to suppress those thoughts, but I did.”

Worryingly, Shane describes himself as existing in a fog in the years that followed, living in denial of his mental health issues, as he moved from his late 20s into his early 30s. He felt that he had hit a wall and so had the band – a feeling that didn’t shift until the departure of founding guitarist Neil Boshart in 2012 and the album This Is How The Wind Shifts the following year, which he believes is possibly their finest hour. He was also drinking a lot – a habit that comes easy when a life is lived on an almost never-ending tour cycle.

Looking back, Shane describes what he was feeling as anxiety – something that he didn’t realise was an issue for a long time – but he has never been formally diagnosed, nor is he on any medication. He’s visited therapists over the years, which has helped, but he has only ever found the benefits were short-term.

This time constantly on the road has inevitably put strain on relationships back home, too. Shane readily admits that, at 39, there are certain things in life that he may have missed out on for the sake of the band. “It’s been really tough,” he says. “I never married and I’ve never been engaged. I don’t have any kids. I feel like in a lot of ways I’ve been living my life like I’ve been on tour for 20 years, even when I’m not on tour.”

The singer says that sometimes transitioning back to everyday routine at home is the hardest part of this lifestyle. Without the strict regimen of tour, he’d often feel rudderless. That feeling became most overwhelming in the summer of 2016, after the breakdown of a relationship. He found himself sitting alone in his flat, feeling worthless that he’d thrown away something with the person that he thought he was going to be with for the rest of his life.

“And I just turned to tour mode,” he says. “It was pretty much just one big bender.”

After letting the lease on his apartment run out, he began renting Airbnbs, sleeping on friends’ couches and floors, desperate to keep the party going to avoid the pain he was feeling.

“I also stopped caring what was going to happen to me, and that was the scariest thing,” he says. “It was like, ‘Well, there’s the rest of the bottle of whiskey. I already drank one. If I drink another, who cares?’ I’d never felt that way before.”

Shane recalls slowly pulling himself out of this bout of self-destruction towards the end of that year, as he needed to be fully present while making the band’s most recent record, 2017’s Dead Reflection. But once that work was done, he went back to partying harder than ever. He recalls how he’d even lied to journalists about how he’d made it through a dark time in his life.

“Meanwhile, I’m on the phone, literally getting drunker as the interview goes on, alone in my apartment,” he says. “It was a rough year of my life.”

There’s a pause, before Shane explains what he thinks it was that was making him act this way.

“Once that relationship ended in 2016, I found myself sitting alone in my apartment wondering what else I had in my life,” he says. “I think that’s all it was. It was like, ‘I’ve spent all this time in this band, I don’t have any… there’s nothing else. I’ve lost everything.’ It wasn’t until I started to realise there’s more out there for me… I have friends that care about me and I have a great family, I need to spend more time with them, do more stuff and balance my life a little more.”

Speaking today, it’s clear that balance has been important in getting himself out of that spiral. He credits the band foremost for helping, as well as a new supportive relationship in which he’s able to openly discuss his mental health. He’s seen his relationship with his family improve, while also pointing to Lead Singer Syndrome as a source of pride beyond the band. The writing of Silverstein’s new record was also more of a shared responsibility between himself and Paul Marc than ever before, which helped reduce the tension around that process.

Right now, though, he’s just immensely proud that there are people who want to listen to his band in 2020.

“I’m not saying I’m perfect now,” he concedes, “but it has definitely been a huge thing for me to get back on my feet and be able to make A Beautiful Place To Drown. That has been pretty exciting. It hasn’t been an easy 20 years…”

A Beautiful Place To Drown is out now via UNFD.