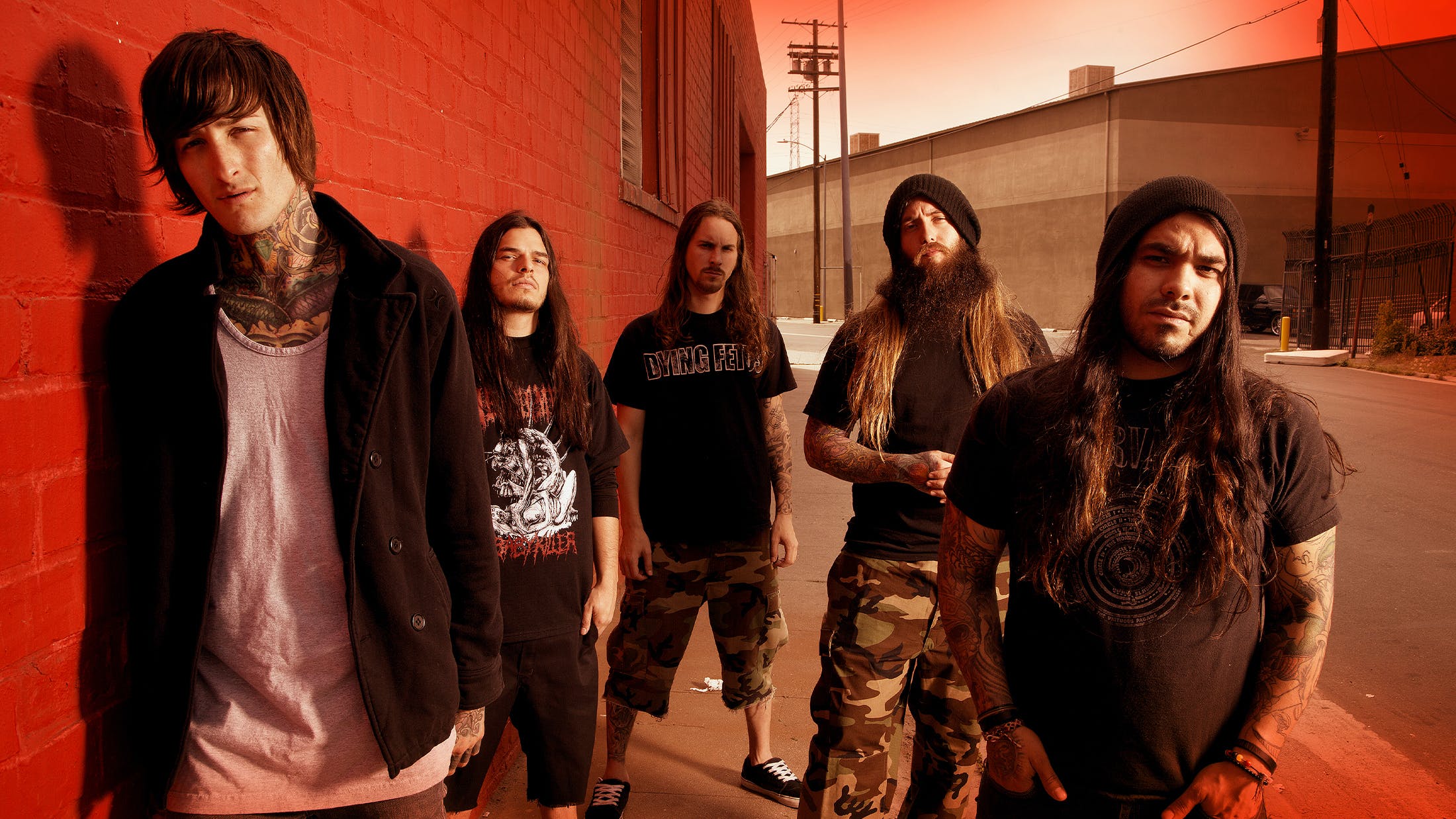 When Suicide Silence released their third album The Black Crown on July 12, 2011, it was an instant success, piercing the top 30 of the U.S. Billboard Chart – an incredible feat for a band as brutally heavy and uncompromising as the Californian wrecking crew. They didn’t quite drag deathcore into the mainstream, but they came as close as anyone possibly could and set new standards for heavy music in the decade to follow. Before they could truly blow up, though, the band was tragically derailed by the death of Mitch Lucker. A charismatic frontman as well as a gifted vocalist, Mitch’s passing left a deep hole not only in Suicide Silence, but the wider metal community.

The Black Crown always looked like it would be a watershed moment. Their previous two albums had set the scene and introduced Suicide Silence as one of the most exciting post-millennial metal bands, but they were also bursts of potent aggression. The quintet adopted a different approach for their third full-length, retaining much of the rampant heaviness, but bringing at least a semblance of order to the chaos. It certainly wasn’t the departure that their good friends in Bring Me The Horizon had affected on the other side of the Atlantic, but there was much more structure – and even subtlety – on display.

“Before there was like 25 riffs in a song,” Mitch told Trebuchet shortly before the album’s release. “It was just riff-riff-riff-riff-riff in a song. You’d listen to the song the first time and not remember one riff. So now when you bring back those hooks and those drops, or the riff from the beginning, it just makes it more memorable as a song.

“Also, I want what I’m saying to be heard and understood,” he added. “I don’t want to sound like a fucking dinosaur or a pig for 45 minutes and no-one know what the fuck I’m saying and no-one take a message away.”

And the album did have some strong messages for those who cared to listen. Where previous records had spiralled in negativity and anti-religious fervour, The Black Crown charted a more personal journey. "I'm not trying to put people's beliefs down – it's about me and my life,” Mitch told Kerrang! at the time. “This is my head cracked open and poured on the paper! I still have the same beliefs and same views, but I'm more open to everything. At this point in my life, I don't see the good in making people hate you for something you say. This record is for everybody."

This new approach resulted in intensely personal songs like O.C.D., which took a lyrical and musical trip into the singer’s often troubled mind. Mitch suffered from obsessive compulsive disorder and social anxiety, and addressed his mental health issues on The Black Crown in a way he’d never been able to do before. It also threw out universal anthems Fuck Everything and You Only Live Once. The former was far more positive than the title implied.

“It’s telling people that if you hate everything and everything you see makes you sick and you’re bummed out all the time, you’re probably just watching the news and reading a newspaper,” Mitch explained at the time. “That’s mainstream media and that’s manipulation. They control you by scaring you and that’s what keeps people inside; that’s what makes you miserable. So get over it: just fuck everything.”

You Only Live Once would go on to become the band’s defining moment and one that would only become more poignant and powerful after Mitch’s death. The singer crashed his motorcycle in Huntington Beach, California on Halloween night, October 31, 2011. He was pronounced dead early the next morning. The metal world lost one of its icons at the age of just 28 and his passing affected fans and peers alike.

When Asking Alexandria headlined the U.S. Outbreak Tour at the end of 2012, they would vacate the stage at a certain point each night. As the lights blazed, You Only Live Once thundered from the speakers. ‘You only live one life / For a very short time / So make every second divine,’ roared the spirit of Mitch Lucker as the crowds went berserk.

“We never considered doing a live cover because we didn't consider it appropriate given the circumstances and how fresh everything was,” Asking Alexandria guitarist Ben Bruce told us. “Suicide Silence were supposed to be with us on that tour and they weren't able to. We played You Only Live Once through the PA and it was like we were handing the stage over to Mitch one last time each night for the tour.”

Bring Me The Horizon frontman Oli Sykes had his own recollections. “We’d spent a lot of time [together] on Warped and at that time we were both quite troubled people. We bonded over the fact that we were like that, we were both abusing stuff that we shouldn’t be. But at the same time he was a proper sweetheart, a proper nice guy,” he remembered.

Mitch's influence and impact also travelled far beyond the deathcore and metalcore scenes. When Suicide Silence performed a memorial show for their fallen brother at the end of 2012, with proceeds going to the fund set up to provide for Mitch's young daughter, they were joined by a host of guest vocalists and other musicians from across the metal spectrum. As well as the likes of Phil Bozeman of Whitechapel and Eddie Hermida of All Shall Perish – who would go on to replace Mitch in Suicide Silence – there were appearances from luminaries including Lamb Of God's Randy Blythe, Machine Head's Robb Flynn and Soulfly legend Max Cavalera.

Vic Fuentes of Pierce The Veil told Kerrang!: “I just knew him in passing. He had a lot of charm and he was a great frontman. He had a big ‘wingspan’ move that he used to do (stretches arms) that just looked so awesome and heavy. Everyone in our tight scene that did a lot of Warped Tours was pretty shocked and sad to hear about it.”

Mitch brought a range and versatility to his vocal performance that was rare in such an extreme style but, as Vic pointed out, he was also a great showman. With his sleeves of tattoos on proud display and that shock of dark hair, he looked every bit the star and that signature lurching move – that would become known as the Lucker stomp – hit in perfect time with SuSi’s brutal beatdowns, somehow adding even more force. His moves and style have influenced countless frontmen since and even WWE superstar Rhea Ripley adopted the move for her entrance.

"I wasn’t sure exactly what to do, but then I remembered Mitch always doing his stomp and how impactful it was to everyone in the pit, just how cool it looks,” she explained. “When I was younger, Suicide Silence and Mitch Lucker were a big part of my life. I listened to them all the time. I cried when Mitch died, so I wanted something in there that reminds me of everything.”

On the tribute song Legends Never Die, French metallers Betraying The Martyrs attempted to express what Mitch had meant to them and others coming up in the wake of Suicide Silence and The Black Crown. ‘You screamed inspiration into my lungs / Whilst I dreamed to do what you had done / A shadow beneath you, just hopeful son,’ they intone before screaming out the final refrain, ‘You will live forever / Because legends never die.’

Over a decade on, the final album recorded by Mitch Lucker with the band he loved sounds as vital and vibrant as ever. Long may the legend live on.