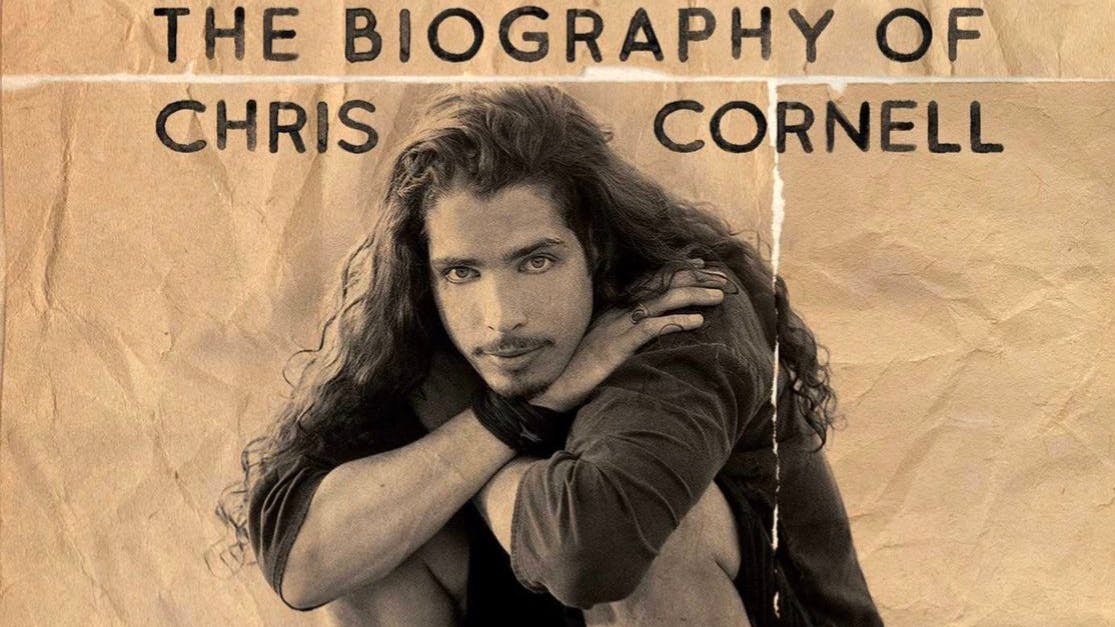 Even before Chris Cornell’s tragic death made it all the more galling, there had long been a gaping black hole in music literature surrounding one of Seattle’s most famous sons. In the introduction to his fantastic new book, Total Fucking Godhead: The Biography Of Chris Cornell, music journalist/author Corbin Reiff hits this particular nail squarely on the head.

“I remember feeling pissed off that there was a myriad of books about grunge, Kurt Cobain, Nirvana, Pearl Jam, and Alice In Chains, but none about Chris, and only one about Soundgarden, a woefully out-of-date biography,” he writes. “It seemed like a miscarriage of musical justice, but at that point I didn’t expect it would be me who would set out to right that particular wrong.”

To this end, Corbin can hold his head extremely high: Total Fucking Godhead is 338 pages of justice being done. This is made all the more impressive when considering one of Corbin’s early caveats in the introduction. It’s hard not to admire his honesty when he explains the many ways in which he was hamstrung in bringing the project together.

“As legal issues surrounding Chris and his estate arose, I could feel people’s eagerness to speak about him at length tighten up,” explains the writer. “Interviews that had been months in planning were re-scheduled, then cancelled altogether. People who had been eager to share their memories and provide additional sources stopped returning my texts, phone calls, and emails.”

While Corbin still draws upon his own interviews with friends and collaborators from throughout Chris’ life, what is particularly impressive is the way in which he conducts the huge feat of lassoing disparate information from interviews, books and other sources into one place. In some ways this even plays to Corbin’s favour. Particularly during the intense media attention he was subjected to in the ’90s – back when even his haircut made headlines – Chris Cornell was often most candid about his music not with a dictaphone shoved in his face, but rather as he introduced songs onstage. Corbin – who has clearly spent an ungodly amount of hours watching sets on YouTube – exploits this brilliantly, constructing a tapestry of insights that even the most dedicated Chris Cornell fan would be unlikely to have accrued independently.

What should also be stressed here is that in many ways, the task ahead for Corbin is an unenviably gigantic one. Some rock biographies struggle to successfully relay the evolution of one person in one band, whereas Chris Cornell was in many. Alongside strict biographical details and his rise to fame with Soundgarden – the book’s gnarly title ‘Total Fucking Godhead’ being Sub Pop legend Bruce Pavitt’s summation of Soundgarden that was subsequently adopted by the band as their unofficial tagline – Corbin’s narrative situates this within the roots and development of the Seattle Sound/grunge and all its tributaries (the people, the bands, the label, the tragedies). On top of this there, too, is Temple Of The Dog, Chris’ diverse solo career, the formation and implosion of Audioslave, and the Soundgarden reunion. Oh, and his stint in a “parody western swing” band called Center For Disease Control Boys. This story of dovetailing destinies could have been 1,000 pages easy, but Corbin keeps it tight and punchy – a laser-focused run through a remarkable life.

Starting with Chris’ childhood and troubled home life, Corbin moves from the epiphanic moment he discovered The Beatles to how One Of The Greatest Singers Of All Time first cut his musical teeth as… a drummer. Not to mention his years as a dishwasher spent “spraying down half-eaten salmon fillets off sauce-speckled plates”. At least as far as the casual fan and wider world are concerned, such instances constitute the biggest grey area of the musician’s life. The importance of these chapters in connecting the various dots in Chris’ early biography in a comprehensive fashion cannot be overstated.

In contrast, the advent of grunge has, of course, become so well-thumbed as to be borderline mythical (and maybe even a tad apocryphal) in 2020 but, by virtue of his tight focus on Soundgarden, Corbin breathes new life into this period. While the rough contours of Chris Cornell’s story are well-known, it’s the richness of detail that Corbin brings to bear that makes the book so impressive, perhaps no more so than in his infectious – not to mention meticulous – attention to Chris’ songcraft. Never a band to play a song in 4/4 when 3/4, 5/4, 9/4 or 15/8 would suffice, Soundgarden were exacting with their musicianship and so, too, is Corbin’s dissection as he reveals how a demo named Hillbilly Sabbath blossomed into Rusty Cage. The tunings, the timings, the underlying inspirations and the even the studio meltdowns are pored over in illuminating fashion.

One thing that makes Total Fucking Godhead so eminently readable is how tightly-conceived and yet flooded with detail it is: it moves at an incredible clip. The second half in particular accelerates at something approaching breakneck speed from the moment it gets to Chris’ battle with prescription opioids during the inception of Audioslave (or Shitstorm, Plato’s Surprise and After School Special aka ASS as they were once going to be called). Whereas the first 236 pages deal with Chris’ childhood, the grunge explosion and Soundgarden’s ascension and break-up, that leaves just 100 pages or so to race through the bulk of his solo career, Audioslave, plus reunions of Temple Of The Dog, Mad Season and Soundgarden. This is not to say these chapters are not fascinating, fleshed out or revelatory – they most assuredly are – but some fans, particularly of Chris Cornell’s post-millennium work, will perhaps wish for the same level of attention to these albums that Soundgarden’s early material receives. Indeed, it is a testament to Corbin’s gifts as both a writer and researcher that another hundred pages or so wouldn’t have gone amiss.

It is Chapter 16 that offers a necessary inspection of what remains for so many around the world a still-open wound: Chris’ death. He was at a truly remarkable position in his career at the time; his band reunited, an open door for Audioslave to reform, a solo career that was in full-bloom and soundtrack work to boot. There remain no answers for what happened on May 17, 2017 in Detroit. But it is in light of this that it's important to highlight the greatest strength of this book: the lens through which Corbin chooses to frame Chris’ life. Total Fucking Godhead may necessarily end on a note of sadness, but the book is not constructed as a slow-motion, 52-year tragedy in the making. It is a celebration. Be it in literature, news columns, features, documentaries or films, so often coverage of anything grunge prioritises the Three Ds: depression, drugs and death. All necessarily comprise the story not only of Chris Cornell – but also many of the lives closest to him, no more so than Chris contending with the fatal overdose of his roommate/Mother Love Bone frontman Andrew Wood. This is all present and delicately handled.

Yet it is to Corbin’s eternal credit that he balances such despair with joy. Yes the vulnerable human behind the extraordinary talent is traced, but so, too, is his compassion, such as helping Filter’s Richard Patrick through rehab. Also, crucially, is ample evidence of Chris’ ability to simply goof around. There is much to deny the old ‘Frowngarden’ criticisms of old, be it him drinking “bile beer” (as grim as it sounds, FYI) at Lollapalooza, or the time he dressed up as an actual black hole sun for a Halloween party. You may shed a tear while reading this book, but you will also almost certainly laugh, too. And that is a true reflection of a singer who, onstage, could make audiences weep to his music but also burst into hysterics via his self-deprecating wit and razor-sharp sarcasm.

“A miscarriage of musical justice.” That was Corbin’s overview of how Chris Cornell and Soundgarden have been represented (or rather not) in the constellation of grunge literature so far. Well, that miscarriage is over. Here, at last, is the complete story of Chris Cornell’s life. And it both deserves and demands to be cherished.

Total Fucking Godhead: The Biography Of Chris Cornell is out now.