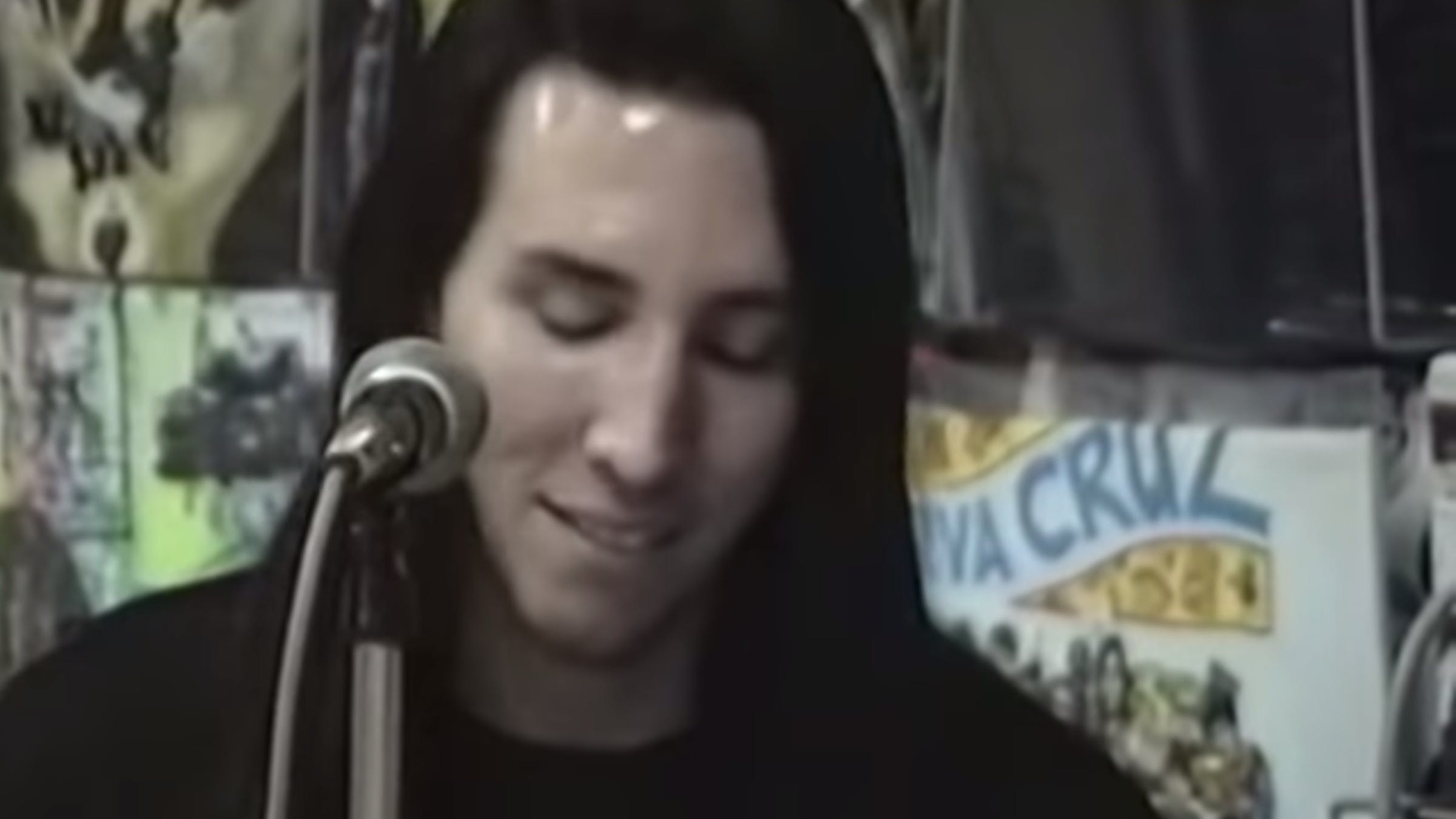 When you think of a Marilyn Manson, what do you picture? Blazing pyro? Giant props of crosses and guns? A double-jointed undead rag doll lurching around the stage, crowing about the rotten teeth of our bullshit culture? So do we -- but the thing is, even Manson had to start somewhere. As much as we'd like to believe the God Of Fuck emerged fully-formed from Satan's head in a gush of bodily fluids, he actually grew up like everyone else. To really drive that idea home, watch the footage below of Marilyn and his early band The Spooky Kids performing an in-store acoustic show in Miami back in 1991.

As you can see from the video, the '90s counterculture that Marilyn Manson later went on to totally define is still figuring itself out here. You've got the guitarist dressed like a beatnik revolutionary, while the hostess of the event is done up like some sort of Victorian nymph (wait for the part early on where the cameraman for just blatantly closes up on her cleavage). Of course, what's most noticeable is Marilyn, whose bright eyes, straight hair, boyish smile, and faint air of nervousness show us just how far he's come (also, those neon green stockings, man -- what a time to be alive).

All that said, what's also worth mentioning is that for how different Manson seems here, there's also a lot about him that's still the same then as it is today. Manson's voice is still a raspy baritone, he still sings sections of Mechanical Man by Charles Manson, and, as the spoken-word poem about eight minutes in tells us, he's still thoroughly preoccupied with his boner. It's good to know that the more things change, the more they're still the same, especially when they're a little gross.

Watch Lil' Manson and The Spooky Babies below and think about how old this makes YOU: