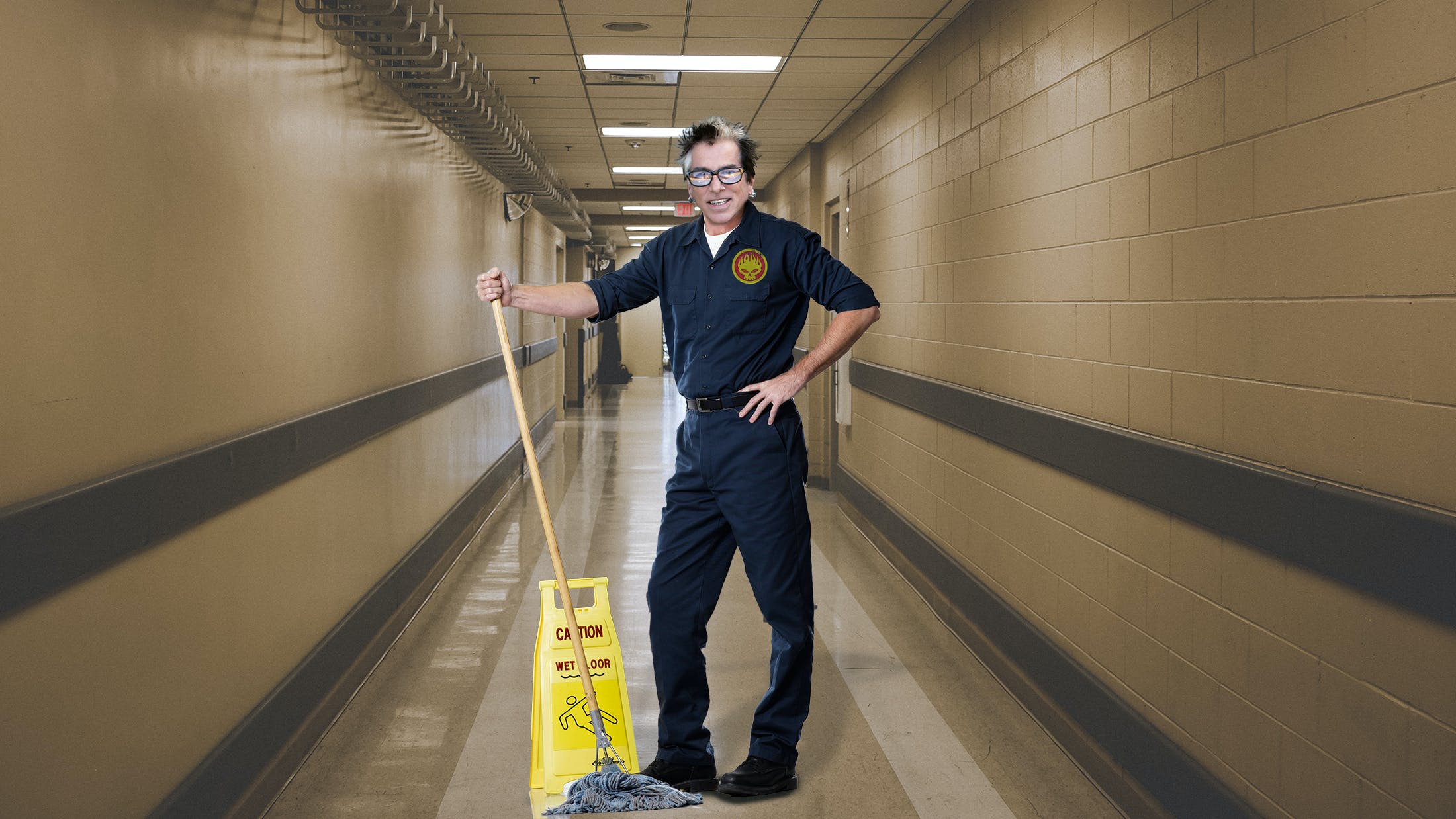 Some rock stars look like they were born to be on the stage. Maybe they were, although it’s more likely a combination of talent, good fortune and circumstance that put them up in the firmament. And, in many cases, the road to stardom is a long and winding one.

These future stars still had to make a living while they waited their turn. Here’s how they did it before they were famous…

The Korn frontman told us that he initially got into the job because he was into horror movies and ‘dark shit’. “Little did I know that that shit would fuck me up for a long time. I saw some really fucked up shit… I had post-traumatic stress from seeing dead babies,” he added.

Working with metal was apt, of course, but the job was also instrumental in the development of Black Sabbath’s sound. Tony lost the tip of a finger in an industrial accident and the prosthetic ‘thimble’ he had to wear helped him develop that unique doomy style.

The guitarist was still technically a janitor at the Earl Warren School in Anaheim when The Offspring’s Smash became the world’s biggest-selling independent album. “I took a three-year leave of absence. I was still working there when we were blowing up ’cause I’d promised my boss I wouldn’t quit until the end of the school year,” he told Kerrang!.

While we’re on the subject, Kurt Cobain also wielded a mop before (or at least alongside) his Fender. There was a cheeky reference to that fact with the dancing janitor in the vid for Smells Like Teen Spirit.

Bury Tomorrow are in a position where they’re able to be self-sufficient, but Dani has kept his job (including working remotely when on tour) because he’s passionate about the NHS. “The rest of the band all have Bury Tomorrow as their main career, but I do it because I love working for the NHS and I’m massively invested in public healthcare,” he told us.

Before breaking out of the Aussie pub scene with AC/DC, frontman Bon Scott worked a number of jobs, including bartender and truck packer. He was also a whole lotta postie, delivering the mail in his hometown of Fremantle.

When Motörhead wrote We Are The Road Crew, Lemmy knew what he was talking about. The iconic frontman served time lugging gear himself, most famously being part of Jimi Hendrix's touring crew.

Before landing the position of ‘Prince of fucking Darkness’, Ozzy worked a number of labouring jobs, most notably gutting cow carcasses in a local abattoir. Bats and doves were not on the menu at this point, however…

Before establishing himself as one of the world’s finest vocalists with Soundgarden, Chris Cornell worked as a fish handler for a seafood wholesaler. "My job was to wipe up the slime and throw away the fish guts,” he told the Seattle Post-Intelligencer. Nice.

Zakk Wylde was playing in local bands and pumping gas at a service station when he heard that Ozzy Osbourne was auditioning guitarists. Cue a demo tape recorded on a boombox and an overalls-to-riches fairytale.

'Respiratory therapist' sounds a bit like one of Slayer’s less evil rejected song titles, but is actually what frontman Tom Araya did in the early ’80s, reportedly sinking his earnings into the recording of classic debut album Show No Mercy.

A sarcastic goth version of Ron Swanson? We could get on board with that. The Type O Negative frontman worked his way up from park maintenance to park supervisor and once said that those days were the happiest of his life.

When Iron Maiden head honcho Steve Harris was made redundant from his job as an architectural draughtsman, he worked for a time as a street sweeper to keep funding himself and the band. What a trooper…

Before establishing himself as prog-metal’s biggest puzzle wrapped in an enigma etc, etc, Tool frontman Maynard James Keenan served four years in the U.S. Army. “It's a strange phenomenon for me when people think that there is a complete division between that warrior spirit and actual artist spirit,” he told Vice.

The Lamb Of God guitarist worked as a slate and copper roofer in Richmond, Virginia. “I took a lot of pride in my work and it’s what paid my bills as I was coming up through the ranks with the band,” he told K!.

Imagine turning up for a guitar lesson and your guitar teacher is Devin Townsend. The mad scientist of metal has had plenty of jobs, including dish-washing and sheet metal fabrication, but says that having to dissect the music to teach guitar in a formulaic fashion was the absolute worst.

Rob Zombie obviously now has a dual career as a film director and musician, but his least-favourite job was as a bike messenger in New York. “It's the worst job anyone could have, I got hit by car so many times,” he told Louder Noise.

Before he was raging against the machine with System Of A Down, Serj provided machine code via his own software company Propriety Vertical Industry Modular Accounting Software. Take that, capitalism!