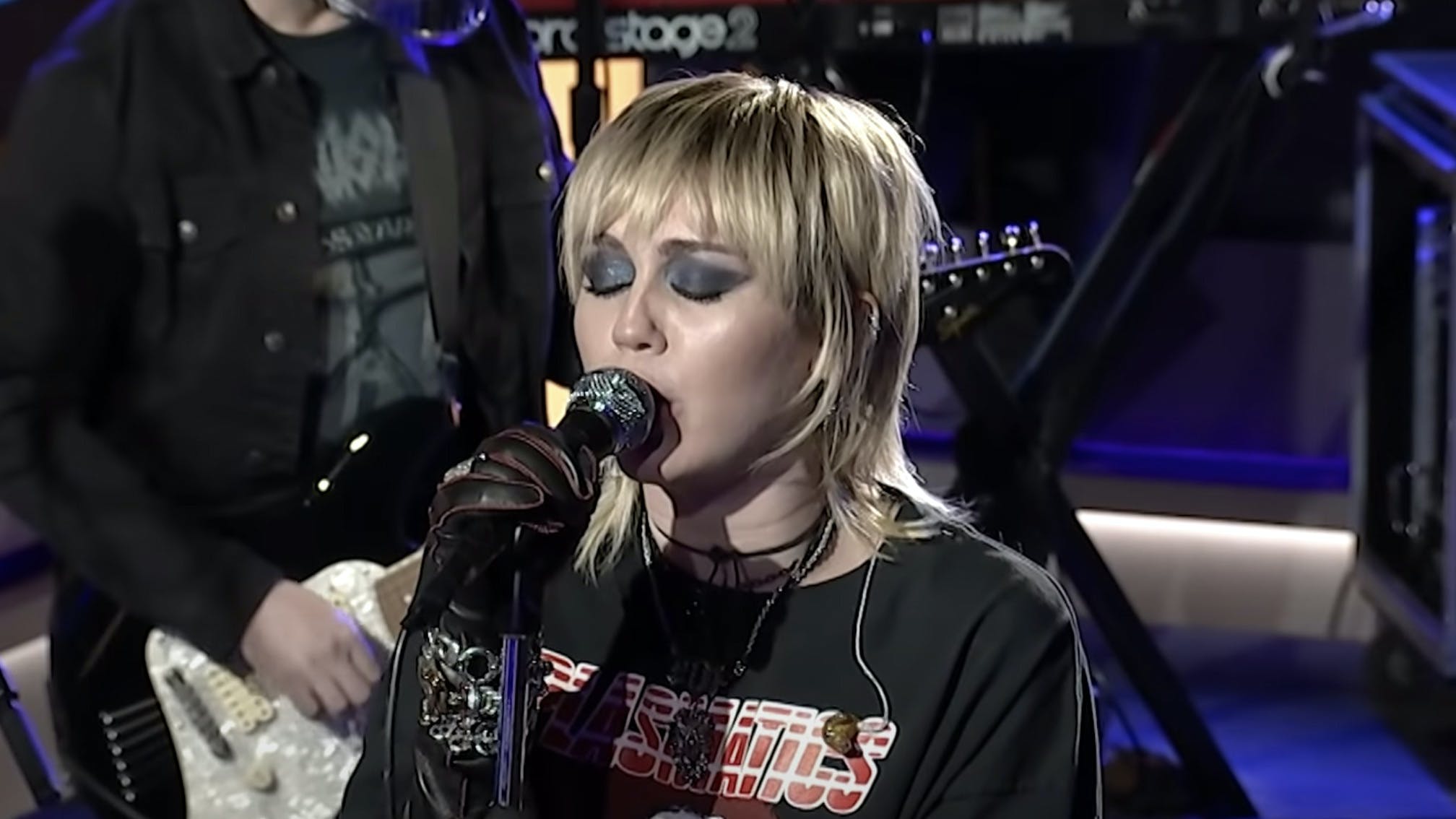 Courtney Love has praised Miley Cyrus' cover of Hole's Doll Parts, which the popstar unveiled earlier this month on the Howard Stern Show.

The vocalist called Miley's take on the Live Through This track a "sweet version", adding that she was "touched" by the gesture. In a post sharing a video of Kurt Cobain declaring his, um, appreciation for Courtney ("…The best fuck in the world!"), the Hole singer then went on to explain how Doll Parts came about – and how she ended up marrying the Nirvana icon.

Read this: What the girl from the cover of Hole's Live Through This looks like now

"The song Doll Parts is a homage I wrote in 20 minutes in a girl named Joyce’s bathroom in Cambridge, Massachusetts," she wrote. "I had to write most of the lyrics on my arm in sharpie as I ran out of paper. People were pounding on the door as I wrote it. It was played for the first time about an hour later, at the Virgin megastore in Boston.

"It was about a boy, whose band had just left town, who I’d been sleeping with, who I heard was sleeping with two other girls, it was my way of saying, 'You’re a fucking idiot if you don’t choose me, and here is all the desire and fury and love that I feel for you.' Good songs don’t always come in 20 minutes but the force was strong and that one did."

And here's the story's all-important payoff: "Anyway I married that guy."

Read this: Hole's Celebrity Skin is as beautiful and broken as ever