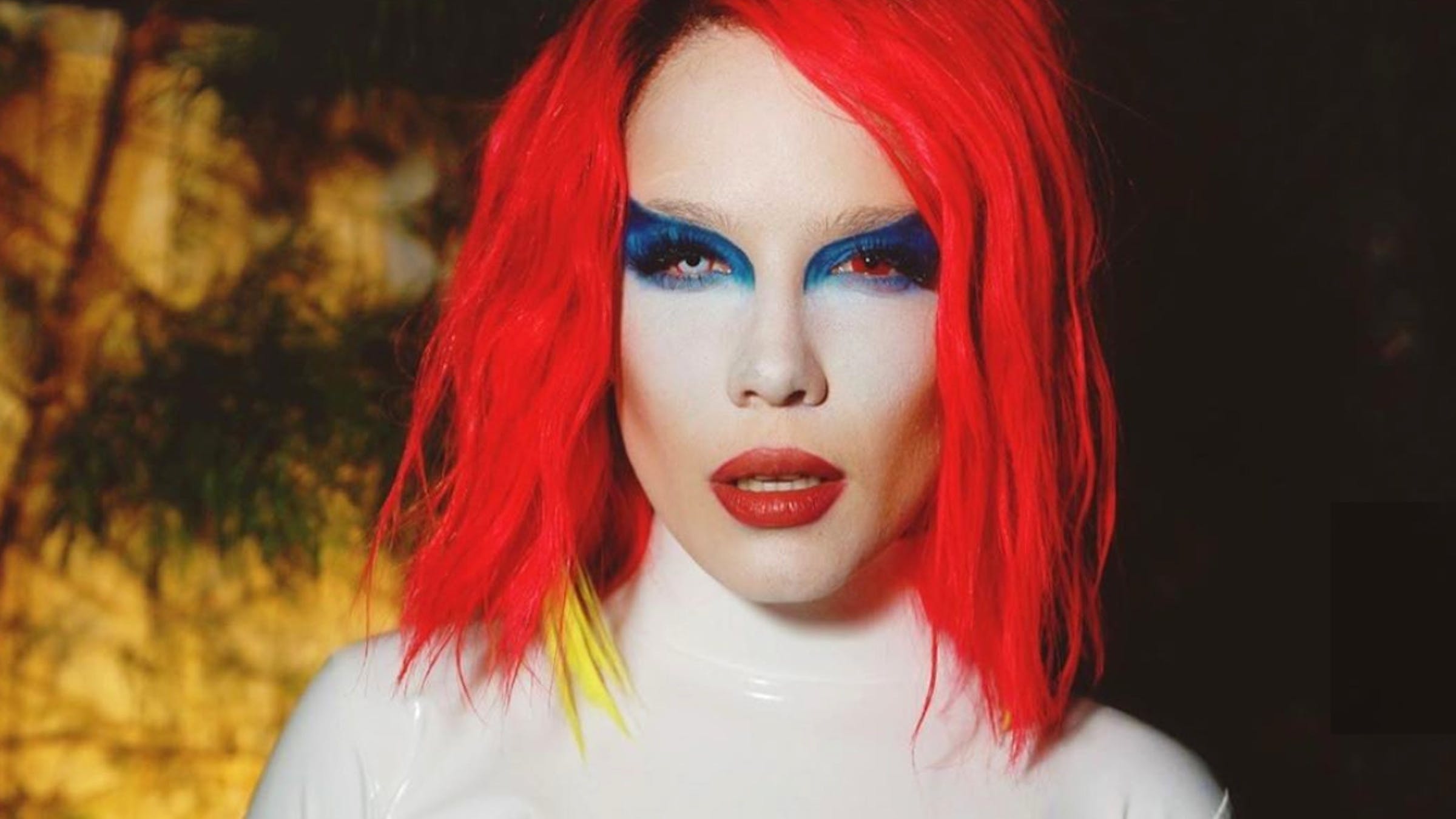 It's no secret that pop star Halsey enjoys rock music on the side. The singer has collaborated with such genre heavyweights as Bring Me The Horizon and blink-182 drummer Travis Barker. But this weekend, Halsey set the bar a little higher by going as Marilyn Manson for Halloween. And not just any goth incarnation of Manson -- the glammed-out latex-wrapped version of Manson from his 1998 album Mechanical Animals.

While Halsey's costume is amazing, it's worth noting that Manson isn't necessarily one of those artists who many people dress up as for Halloween. The god of fuck doesn't have a licensed Halloween costume the way Slipknot does, and certainly hasn't gone to the extreme lengths of costume marketing that Swedish occult rockers Ghost have.

In fact, plenty of shock rockers don't celebrate Halloween in the typical sense, in part because they're busy working during the scariest of all holidays. However, sometimes they get a break and are allowed to give fans a different kind of scare. Alice Cooper told us about his favorite Halloween costume, which he wore all the way back in 1978:

“The one time I took my kids out, it was when Halloween came out, so I had the full Michael Myers outfit on,” laughed Alice. “I’d stand there, and the kids would go up and get candy, and I had a tape recorder in my pocket that’s going… [Alice sings John Carpenter’s Halloween theme]. And the kids would leave…and I would still stand there. And when the parents would look out the window, I’d still be standing there. And after a while they began to wonder, who was this guy, really?”

READ THIS: The 20 best songs specifically about Halloween