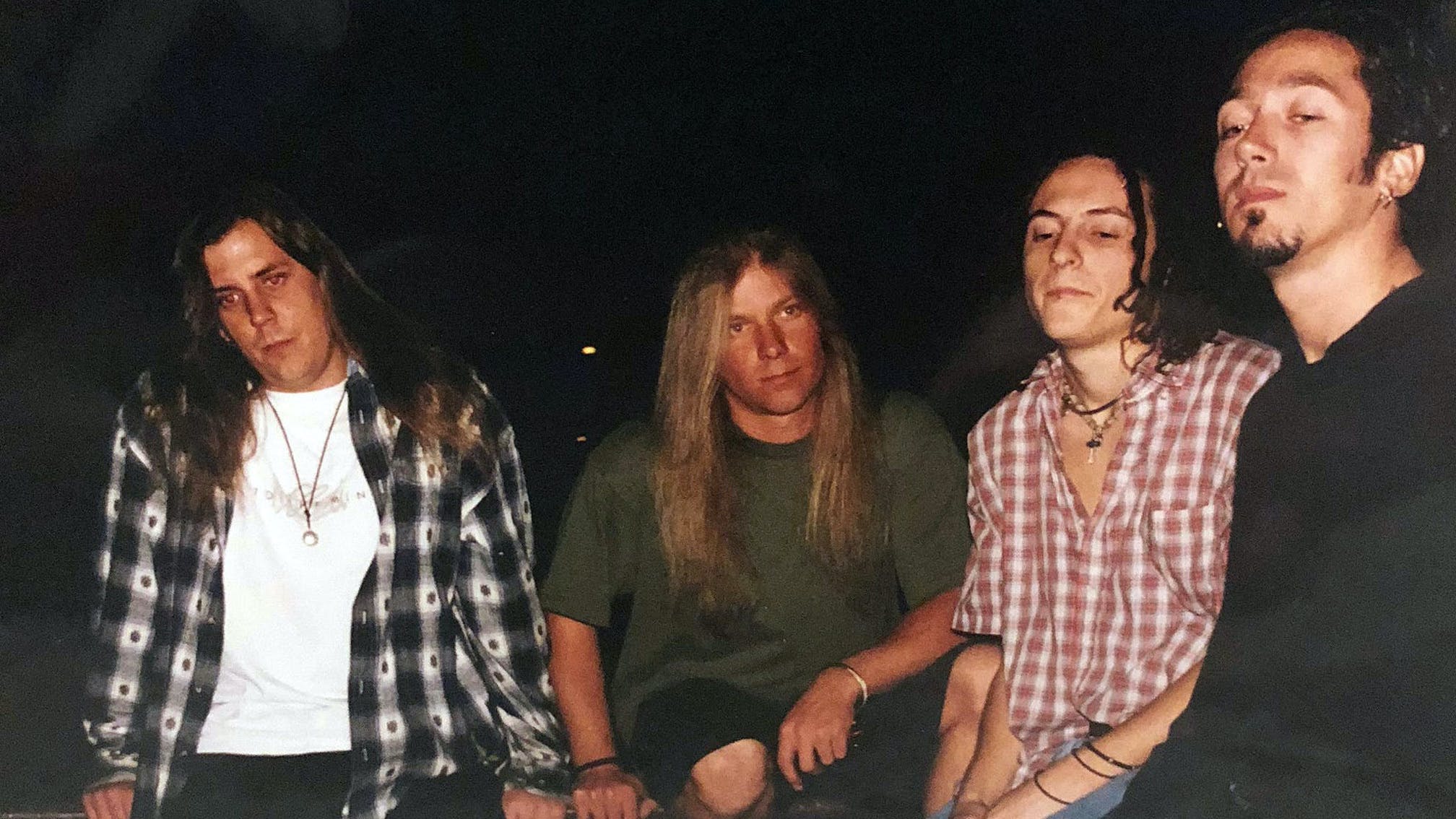 As Grey Daze today (January 29) unveil a beautiful stripped-back digital EP of songs from their 2020 album Amends, the band have exclusively shared an excerpt of a ’90s era interview with Kerrang!, featuring a chat with now-defunct Phoenix radio station KEDG.

With Amends… Stripped getting a physical vinyl release in April, the post-grunge group that Chester Bennington first cut his teeth with before Linkin Park will be sharing a trio of unearthed interviews from their early days alongside the physical release. In advance of that, though, here's a taste of what to expect, as Chester and founding drummer Sean Dowdell tell KEDG their influences at the time and how they seeped into Grey Daze.

"Where I come from, more my influences being Depeche Mode, my younger stuff I was really into heavy metal," explains Sean. "But that fell apart when the techno scene came around. I really got into bands like Depeche Mode and stuff like that."

When asked how the band got together in the first place – having only been active for a year at the time of the interview – Chester reveals that it all started through Sean and bassist Jonathan Krause.

"Basically, Jon and Sean got together and wanted to start a project and do things the right way," he explains. "And they found a guitarist, put an ad in The New Times to find a guitar player, and he suggested from one of our old tapes – Sean’s old tapes from our old band – that I come back and sing. And so I came down and auditioned and got the job. It didn’t work out with the guitar player, so we put an ad in The New Times with him, found Jason [Barnes] and we’ve just been putting our music, playing up, and trying to get noticed all since then."

Amends… Stripped is available now, with the vinyl variant of the EP set for an April 9 release. The vinyl release includes three ’90s era interviews with the band. The release is available digitally now.