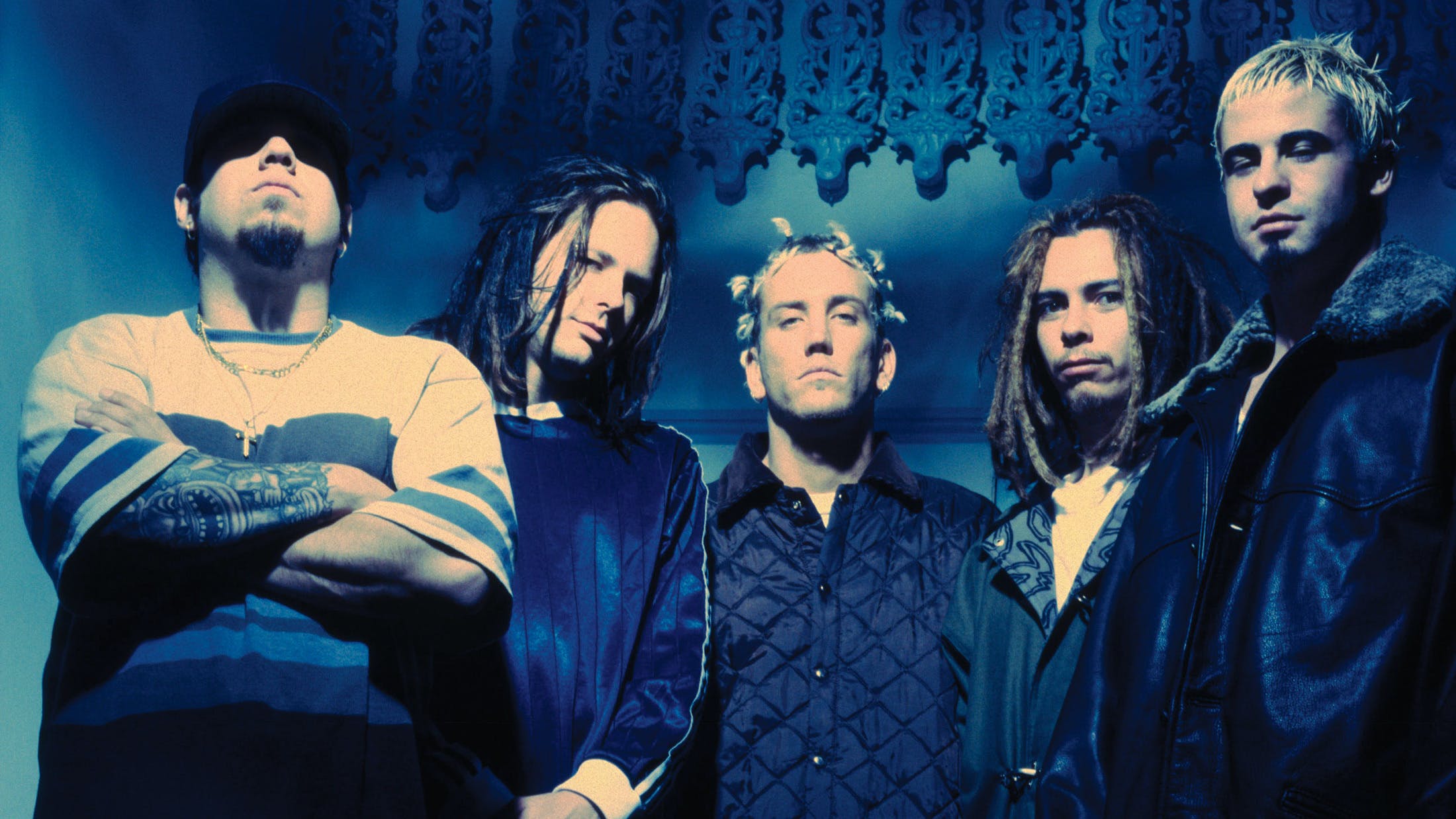 When Korn first lurched out of Bakersfield with that downtuned, rhythmic, hybridised clatter, the world had seen nothing quite like it. “We had distorted guitars and were heavy, but no-one knew what to do with us,” Jonathan Davis told Kerrang! in 2019, as the band marked the 25th anniversary of their self-titled debut album. “We didn’t fit in anywhere. Who’s this guy with a fuckin’ tracksuit playing bagpipes? It’s the weirdest fucking shit.”

They also spawned a whole musical and cultural scene – although they did spend a long time trying to deny it. “If we invented nu-metal then fuck yeah, cool,” Jonathan finally conceded in that same interview. “It’s pretty cool to say we helped invent some kind of movement, that’s pretty insane. The last big movement was us. Other bands helped along the way, but we spearheaded that whole thing.”

1998’s Follow The Leader was aptly named, as a host of nu-metal bands had appeared in Korn’s wake – many of these are long-gone but some did carve out their own longer-lasting paths. The dreadlocked heavyweights went on to influence an entire generation of rock fans, whose earliest musical inspirations included those binary riffs and Jonathan’s soul-bearing lyrics and scat-smattered roar.

Limp Bizkit already existed when Korn’s debut hit, but the nu-metal progenitors had a definite impact on a band still establishing their identity. “It was something I related to and had been waiting for. I thought, ‘Where have these guys been my whole life?’” said Fred Durst in 2016. “I was in several bands before that, rapping over old Metallica-style riffs and Vulgar Display Of Power shit, but Korn influenced us.” Korn also gave Limp Bizkit a huge leg-up, taking the unsigned band on tour and passing their demo on to producer Ross Robinson, essentially giving the nookie obsessives their first big break that they seized with both hands.

Disturbed emerged at the tail-end of the nu-metal era. And, while frontman David Draiman has never embraced that tag, he has latterly paid tribute to the scene’s leaders. Speaking on Danny Wimmer Presents’ YouTube show, the vocalist said: “I personally, and I know Danny [Donegan, guitar] as well, gained a lot of inspiration from bands like Korn, Tool, Deftones, even Type O Negative. You definitely had all the core basics, you know, the Sabbaths, the Maidens, the Priests, starting with KISS, but I would daresay that Disturbed would not have become Disturbed without the new wave of heavy metal that came to fruition about ’97, ’98 and really was at its apex at about 2003 to 2004 – what a lot of people call ‘nu-metal’.”

Skrillex might have influenced Jonathan Davis to develop his own J-Devil dubstep persona, but that came later and getting to collaborate with Korn on 2011’s The Path Of Totality was very much a fanboy moment for the DJ. After Korn won an award for Get Up! from those sessions, guitarist Munky thanked fans for helping make it happen. Skrillex, aka Sonny Moore, commented on the post: “I grew up in my bedroom playing my Ibanez 7 string learning Korn songs since I was 11 years old. It was a dream come true working with you guys and this validation from the fans makes it even more special.”

Sepultura’s early influences were the likes of Venom and Slayer, but the Brazilians’ groove-laden gear change with 1993’s Chaos A.D. would have its own impact on a nascent nu-metal scene. By the time they released Roots in 1996, they were drawing on the scene that was swirling around them. Jonathan Davis and former Korn drummer David Silveria both made guest appearances on Roots, while uber-producer Ross Robinson gave the record its crunch. It was a style that Max Cavalera would continue to explore with Soulfly after he and Sepultura parted ways.

Of Mice & Men were one of a number of prominent metalcore bands that suddenly ‘went nu-metal’ a few years ago, particularly from their 2014 album Restoring Force. This didn’t happen from out of nowhere, though: it stemmed back to their formative influences. Speaking to Guitar World ahead of Restoring Force, Phil Manansala said: “As a guitar player, definitely Korn, definitely Emmure, Linkin Park. All of us really like that core group of nu-metal bands.” He added that they were planning to experiment with 7-string guitars – looking for that dropped A tuning that Korn had made their own.

Opinion-splitting deathcore crew Emmure were another band who started letting out their inner JNCO jean-wearing nu-metal selves, with Korn at the forefront of their influences. Asked to name some of the inspirations that had him thinking, ‘This is why I'm standing here’, vocalist Frankie Palmeri revealed, “Jonathan Davis… my mother and all the disappointments I have felt in my short life.” In 2020 he told Distorted Sound, “It’s awesome people are recognising the influence there… Korn is an obvious inspiration for the band.”

Even when they don’t let it obviously show in their music, a lot of contemporary musicians were inspired to do what they do by a childhood diet of Korn. “Korn’s Follow The Leader is very special to me,” guitarist Baptiste Vigier of French metalcore crew Betraying The Martyrs told Kerrang!. “It has influenced me a lot, since this is the album that started everything for me. It got me into metal, it got me into playing music and pretty much made me the musician I am today.”

Poppy’s post-genre mash-up is so diverse that you couldn’t name a single ‘Without whom…’ inspiration that shines through brighter than all others. There’s a definite nu-metal crunch, though, and that reaches right back to Korn. “I’ve never said my music is metal, but I do listen to that music,” she told K!, and without Korn’s influence running through the past two and a half decades, her own music would sound very different today.

A lot of artists have absorbed Korn through an ever-widening stream of influences, or let their love of the band gradually seep through. Over the past couple of years, however, there has been a crop of new artists that go straight to the nu-metal source. And one of the best bands emerging from this resurgence is Tallah. “Korn was the first band that truly got me into the nu-metal sound,” drummer and band founder Max Portnoy – son of a certain Mike Portnoy – told us. “They’ve definitely stuck around for me as a major influence.”

Another band gaining a lot of love in this 'nu-core' scene is Tetrarch from Atlanta, Georgia. Listen to guitarist Diamond Rowe’s creepy leads on a song like I’m Not Right and you can draw a direct line back to Korn. “We are a metal band with some core elements that also utilise dark tone guitar effects and melodies that remind you of 2000s nu-metal a bit. The dark element of nu-metal, not the rap side,” Diamond told Cryptic Rock.