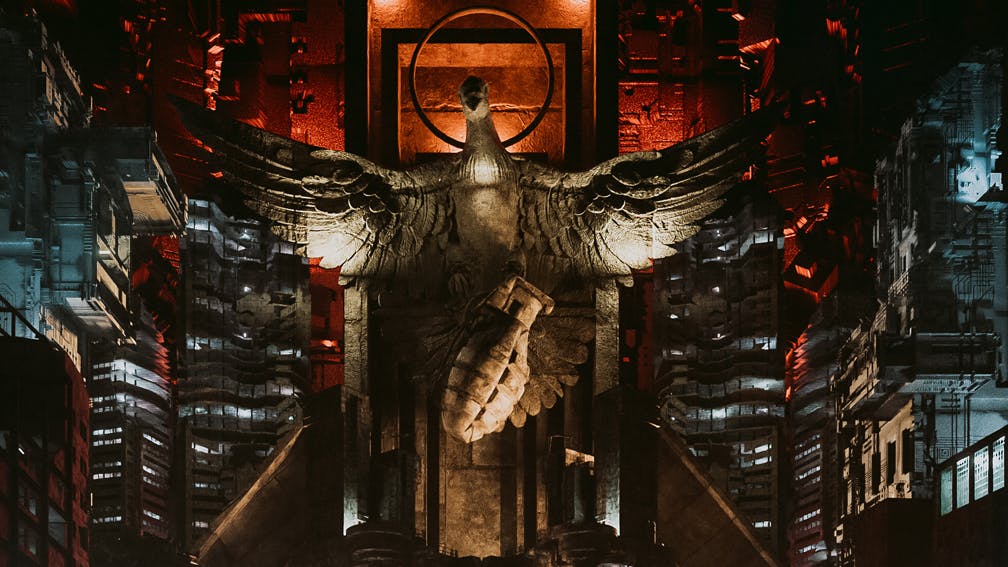 The companion to a first volume released earlier this year, New Empire, Vol. 2 finds rap-rock veterans Hollywood Undead on fine form. Like the first part, there’s a number of guest features present here – including appearances from Papa Roach and Ice Nine Kills – but despite the presence of outsiders, New Empire, Vol. 2 proves that its creators remain capable of standing on their own two feet.

Unsurprisingly, much of this album finds the band dealing in various iterations of the rap-rock mash-up they made their name on. Opening track Medicate does see the Los Angeles natives stray from their formula, and they actually sound better for it, tearing through three minutes of bouncy pop-rock that revolves around a seriously hooky chorus, but that aside, there are few moments of surprise across these 10 tracks. They do still manage to bring the fire on the likes of Comin’ Thru The Stereo and Coming Home, however, the latter in particular demonstrating how these guys are best when they give prominence to their metallic guitars, which add a sense of urgency to their consistently impassioned vocal delivery.

There are a couple of wobbles – Monsters stands-out in that regard thanks to some rather flimsy lyrics – but the band regroup by the time closer Heart Of A Champion rolls around. A reimagining of a song which appeared on New Empire, Vol. 1, guest vocalists Jacoby Shadix and Spencer Charnas lend their might to bring things to a rousing conclusion.

If you’ve never liked this band, then there’s little here that’s likely to convert you, but for those already on board, New Empire, Vol.2 is a more than satisfying confirmation that, a decade-and-a-half after they started, Hollywood Undead still have something to offer.

New Empire, Vol 2 is released on December 4 via BMG

READ THIS: How we wrote Undead, by Johnny 3 Tears