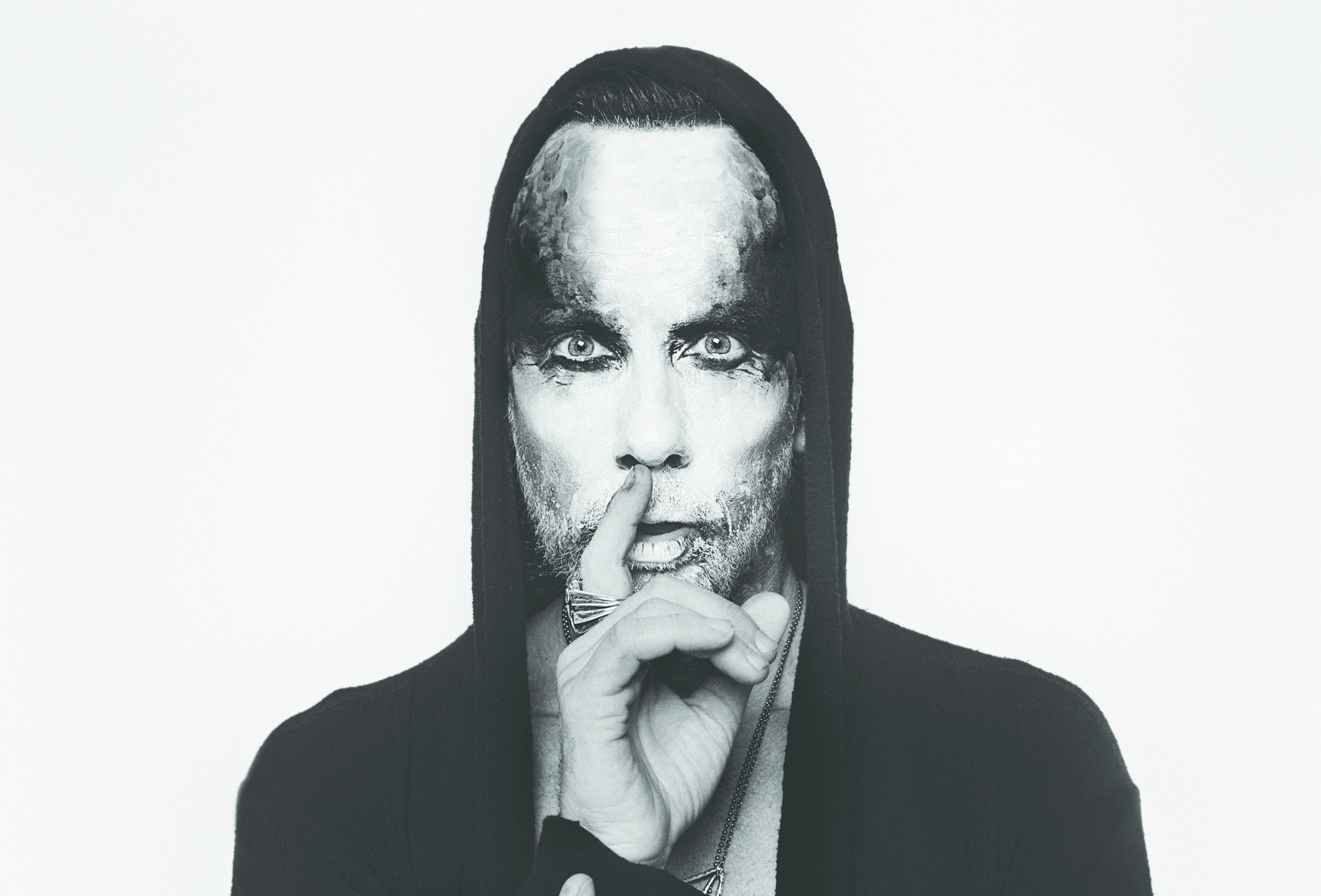 Behemoth's gargantuan tour schedule meant there was no rest for the wicked last year. Yet we find Nergal in a reflective mood as he contemplates life, love and metal. What else?

In a word, how would you describe your 2019?
“Arbeit [the German word for work]! That’s a joke. It’s been super busy, but very fruitful, and I don’t think I wasted a day. I’ve been working harder than ever in promoting [Behemoth’s latest album] I Loved You At Your Darkest, completing one of the biggest tours of our career with Slayer in the spring, and with Slipknot in the summer in the U.S.. And in the meantime I have been working on the new Me And That Man album.”

What was your highlight?
“Sharing the stage with Slayer, performing Evil Has No Boundaries in Poland. They’re one of the most important bands on the planet. They’re a password for metal, and they always will be. To be standing head-to-head with Tom [Araya, vocals/bass], Kerry [King, guitar] and Paul [Bostaph, drums], really felt like I had come full circle. When I started listening to Slayer, that song made me a devotee for life. Being there and singing a song that I knew by heart was further proof that life is amazing and worth living.”

READ THIS: Nergal: “There’s absolutely nothing wrong with being hated”

Do you feel like it’s your duty to carry on their work?
“I don’t think I’m so arrogant to admit that. Of course, there is going to be a space that needs to be filled by a new generation of extreme metal. There’s us, Amon Amarth, Gojira and Ghost – bands who are really making a statement and getting bigger. Behemoth have been around for nearly three decades, but it still feels amazing to be on this rising wave. I’m super happy with everything we’ve achieved so far, and if the trip ends tomorrow, it’s been a hell of a ride and a beautiful history. Of course, we want to do more, and I don’t want to spoil much, but there’s stuff already happening.”

Like a headlining spot at Bloodstock this year. Spoilers, please?
“We’re in the middle of brainstorming, but if you’ve seen Behemoth before and you think it’s a big show, then we’re going to surpass that. All of these amazing tours we’ve been on this year only make us want to work harder and think about how we’re going to elevate our show to the next level. There are some big ideas we’re working on that aren’t easy, but trust me, we are preparing something very special.”

Your Instagram feed has also been full of yoga and workout routines. Have you made gains in that area?
“Honestly, I cannot say, but my yoga teacher says that I have. I went on the Slipknot tour for two months and she was surprised that there was a little progress on some of the stretching, because I still do yoga on tour. The cool thing about yoga is you’re not racing with anyone, not even yourself. You can have a bad day and just accept that you’re a little off. I love that process, because it’s all about self-respect.”

And how is your health in general? Are you still getting check ups after beating leukemia in 2011?
“No. Honestly, I must say I am at my peak, physically. Obviously, I’m turning 43 this year, so I don’t recover as fast as I used to, but I do more than ever. I still pull off all these crazy shows, and I’m on fire. I work out more. And my sex life is something I can’t complain about, as well.”

Of course, your 2019 wasn't without controversy. Your Instagram story featuring a ‘black metal against Antifa’ T-shirt caused some backlash in October…
“You know what? When people find something sensational, they just love to get hysterical at you, and it’s like, ‘You don’t know shit about me.’ People don’t bother digging deeper, so they resort to throwing bullshit accusations around instead. The way these people see things is like this: Are you anti-Adolf Hitler? Yes? Well, then you must be a fan of Stalin! People try to put you in one or the other camp: you must go either black or white. I do not agree with that tendency of people’s thinking. I think it’s stupid and it’s mindless, but I’m not going to bend to that. I always try to balance things out, and I don’t really need to be behind left or right. Sometimes I want to just stay between, so let me try to get harmony in that situation.”

You’re a man who ascribes to the edict “know thyself”. Have you learned anything new about yourself over the past 12 months?
“(Laughs) One of the conclusions that has come back like a boomerang into my life is that I’m relatively happy, but I am also pretty lonely.”

Really?
“Yeah, but that’s not me whining about it. It’s just the nature of my life these days. I’m very much engaged with all of my projects, and I must say that they consume most of my life and my energies. It makes it really difficult to date, but I also never want to compromise on that.”

Perhaps this year you could make space in your life for somebody else?
“At some point, I would love to do that. Absolutely. Maybe it’s too personal to say this, but fuck it: I think that I’m very reluctant, and maybe that’s down to some deep-seated fears I hold. Maybe it will change, maybe it won’t. Let’s see.”

Behemoth are headlining this year's Bloodstock festival on August 6-9 at Catton Park, Derbyshire.

Nergal and co. have teamed up with artist Rowan E. Cassidy for their own line of non-fungible tokens…